Almost zero credit to dozens of banks, and Iraqis deal in cash to settle their transactions

Almost zero credit to dozens of banks, and Iraqis deal in cash to settle their transactions 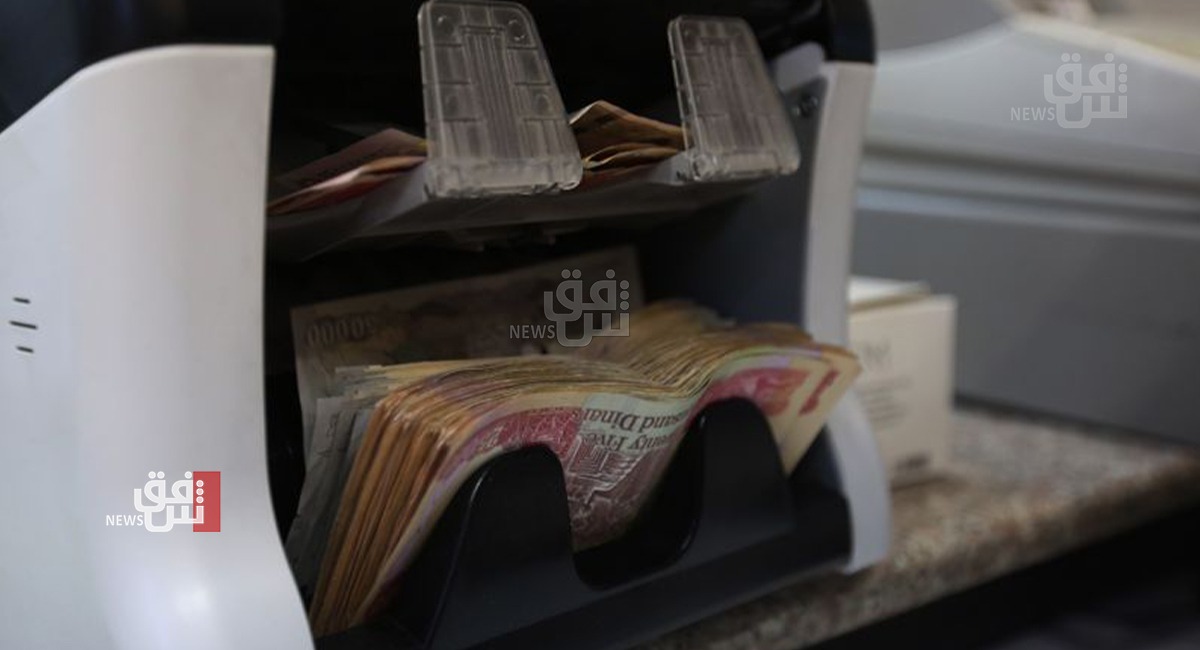 Dozens of government and private banks are active in Iraq, and their activities vary between commercial, Islamic, agricultural and industrial, but the credit of these banks is almost non-existent, which made many Iraqis refrain from dealing with these banks and rely on cash to settle their transactions.

Bank credit is what banks do within their core business by lending money or granting facilities (financing assets, goods and others) between two parties, one of whom is the bank and the other party is called the borrower customer, and this contract results in a profit margin for the bank (interest, return on investment) or (return on investment) Murabaha, Istisna’a, or commission in Islamic banks) in return for paying this amount that was granted to the customer over multiple agreed periods of time according to the terms of the contract.

The consultant of the Iraqi Banks Association, Samir Al-Nusairi, said in an interview with Shafaq News Agency; That “there are 72 private banks in Iraq that exercise credit at varying rates,” rejecting “what is said that they do not exercise credit.”

Al-Nusairi adds; “There are about 50 banks in Iraq that, during the past and current year, granted loans through the initiative of the Central Bank for small and large projects, up to 10,000 projects for 18,000 people, with a financial value of more than 700 billion dinars.”

Al-Nusairi acknowledges, “the existence of some troubled banks in Iraq that suffer from a lack of liquidity and have not adhered to the instructions of the Central Bank and are reluctant to return people’s deposits.” “.

The risk of granting credit

The international expert and advisor to Al-Janoub Al-Ahly Bank, Hisham Al-Shamali, said in an interview with Shafak News Agency; “Private banks practice credit like other government banks, but they hesitate because of the danger of granting credit and the reluctance of some people to pay what they owe of money, which leads to resorting to the courts, which takes many years,” noting that “granting loans and exercising credit has nothing to do with the bank’s capital. “.

He adds that “the person’s reluctance to pay will certainly affect the liquidity of the bank,” adding at the same time that “the settlement of salaries for state employees has enabled banks to grant loans to this category because the bank will guarantee the return of loans by deducting part of the employee’s domicile salary.”

Al-Shamali acknowledges that “this cannot be generalized to all citizens who do not work in the government sector, because there are not enough guarantees for payment without delay.”

Al-Shamali denied the existence of banks that subsist on the Central Bank auction, indicating that “the bank auction is one of the important tools that meet people’s needs from the importer, and that you cannot see imported foodstuffs unless there is an auction of currency.”

The professor of economics at the Iraqi University, Abdul Rahman Al-Mashhadani, said in an interview with Shafaq News Agency; “The banks that were established in Iraq are with small capitals amounting to 250 billion dinars, or about 200 million dollars, and now it is equal to 175 million dollars after raising the price of the dollar, and therefore these funds do not allow the construction of productive projects.”

Al-Mashhadani explains; “These banks rely on and rely on the Central Bank in two matters, the first of which is entering into the currency auction, and it achieves stable and fixed profits for it and does not need to take any risk by obtaining an amount of five to eight million or more and selling it to traders at the market price regardless of providing statements, and the second matter is based on The Central Bank regarding the initiatives launched by the latter with regard to projects and housing, in which banks receive significant benefits through these initiatives, indicating that Iraqi banks work and operate with the funds of the Central Bank.

Al-Mashhadani asserts; “What Iraqi banks need is mergers, and we do not need all these banks, which have reached more than 70 banks,” pointing out that “comparing them with the banks of Arab countries, our banks are just shops, nothing but what we noticed when the Kuwaiti Bank, which has capital, was established. $100 billion in trying to partner with one of the private banks in Iraq, which does not have more than $150 million.”

Adviser to the Prime Minister for Financial Affairs, Mazhar Muhammad Salih, said in an interview with Shafaq News Agency that “the weakness of credit for private banks is due to the control of government banks in banking activity, which constitutes 85%, in contrast, the share of private banks is 15%.”

Saleh explained; “The capital of private banks is more than that of government banks, but private banks do not expand in credits under the pretext of collecting these credits is weak, and they argue that the state competes with them because government banks are supported by fluid cash flow.”

In an interview with Shafaq News Agency, a member of the Parliamentary Economic and Investment Committee Nada Shaker Jawdat believes that “some private banks have turned into places of depletion of hard currency through currency auctions,” stressing that “there is no real credit for these banks in order to achieve the maximum benefit from banking work in construction, investment and reconstruction.” As is the case in most countries of the world.

Jawdat adds that “many private banks are moving away from credit work because of the poor return from it, and they operate with low capital and few deposits, and they get their profits from the Central Bank of Iraq auction, which distances them from their banking competence.”

Dealers: we deal with cash

The merchant, Muhammad Al-Hasani, said in an interview with Shafak News Agency; “The merchant has no confidence in the banks as a result of their failure to preserve depositors’ money, which often declare their bankruptcy and depositors’ money goes unheeded, as well as not benefiting from them commercially in obtaining loans that are almost very expensive compared to the profits that the merchant earns from them.”

Al-Hasani added; “Most of the merchants deal in cash in settling their commercial transactions and clearing their debts away from the banks,” noting at the same time that “transfers to and from abroad are done through exchange offices.”

Al-Hasani pointed out that “the process of resettling employee salaries is also a failure in Iraq. As soon as the salary is transferred to the employee’s MasterCard, the latter immediately withdraws all the salary, which indicates the citizen’s lack of confidence in government and private banks.”

Shafak News Agency contacted the Central Bank several times to inquire about it and explain the reasons for this, but it did not answer the calls.

A World Bank report indicates that 89% of adults in Iraq do not have bank accounts, indicating that many individuals refrain from dealing with banks due to citizens’ distrust of banks.

In its annual financial stability report for 2016, the bank said, “The World Bank estimates for 2014 indicated that the number of deposit accounts for Iraqis reached 11%, meaning that 89% of these adults do not have bank accounts.

It is noteworthy that the administrative routine with banks in opening savings accounts led to the reluctance of most individuals to open these accounts with banks and turned to the process of hoarding in the role.