The Iraqi president in a meeting that included Blackshart: The upcoming elections will have consequences for the whole region

The Iraqi president in a meeting that included Blackshart: The upcoming elections will have consequences for the whole region 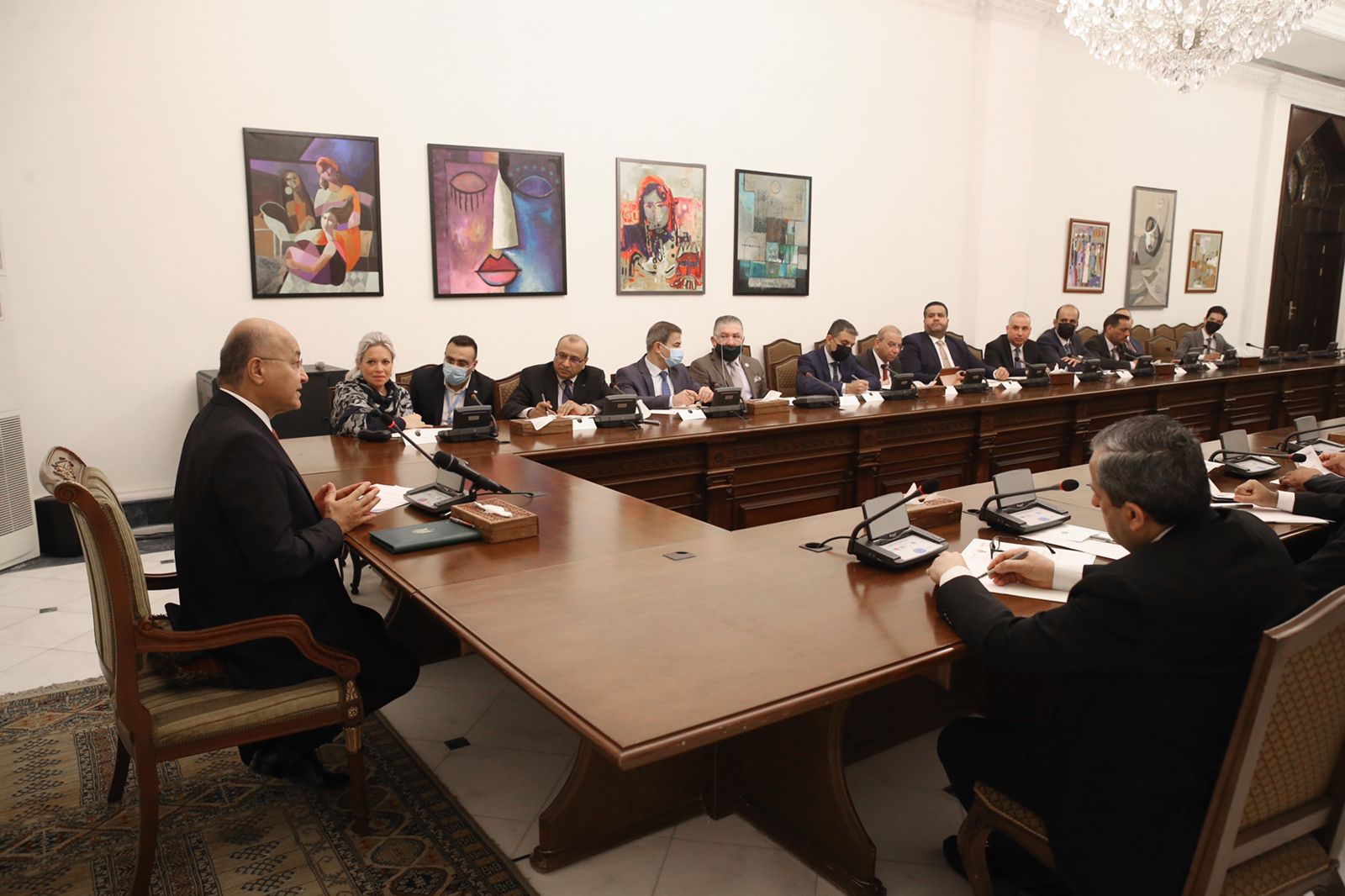 Shafaq News/ The Iraqi President, Barham Salih, described, on Wednesday, the general elections scheduled for next October as “a pivotal one”, indicating that its repercussions and effects will be on the whole region.

The Presidency of the Republic said in a statement received by Shafaq News Agency, that President Barham Salih held a meeting today with the head and members of the Independent High Electoral Commission and the UN envoy, Jenin Plasschaert, which dealt with the latest developments in the election file.

Saleh stressed that a code of conduct for the political forces will soon be presented to be a comprehensive framework for electoral behavior, based on respect for the constitution and legal regulations and the recognition that elections are the decisive factor, stressing the need to restore Iraqis’ confidence in the electoral process after the political and electoral process was questioned because of the violations that accompanied the electoral experiences. previous.

Saleh pointed out that the previous electoral experiences and the skepticism surrounding them increase the importance of the upcoming elections and the need to ensure their integrity and fairness and to guarantee the free will of Iraqis away from fraud and manipulation, stressing that political forces and social activities have a responsibility to encourage citizens to participate broadly, and to ensure that these elections are different. The time for the voter to feel that his voice is preserved.

On the tenth of next October, Iraq is scheduled to witness general parliamentary elections that will lead to a new parliament and a new government, after massive protests swept most of the country’s cities in October 2019.