All the decisions witnessed by the cabinet session today, headed by Al-Kazemi

All the decisions witnessed by the cabinet session today, headed by Al-Kazemi 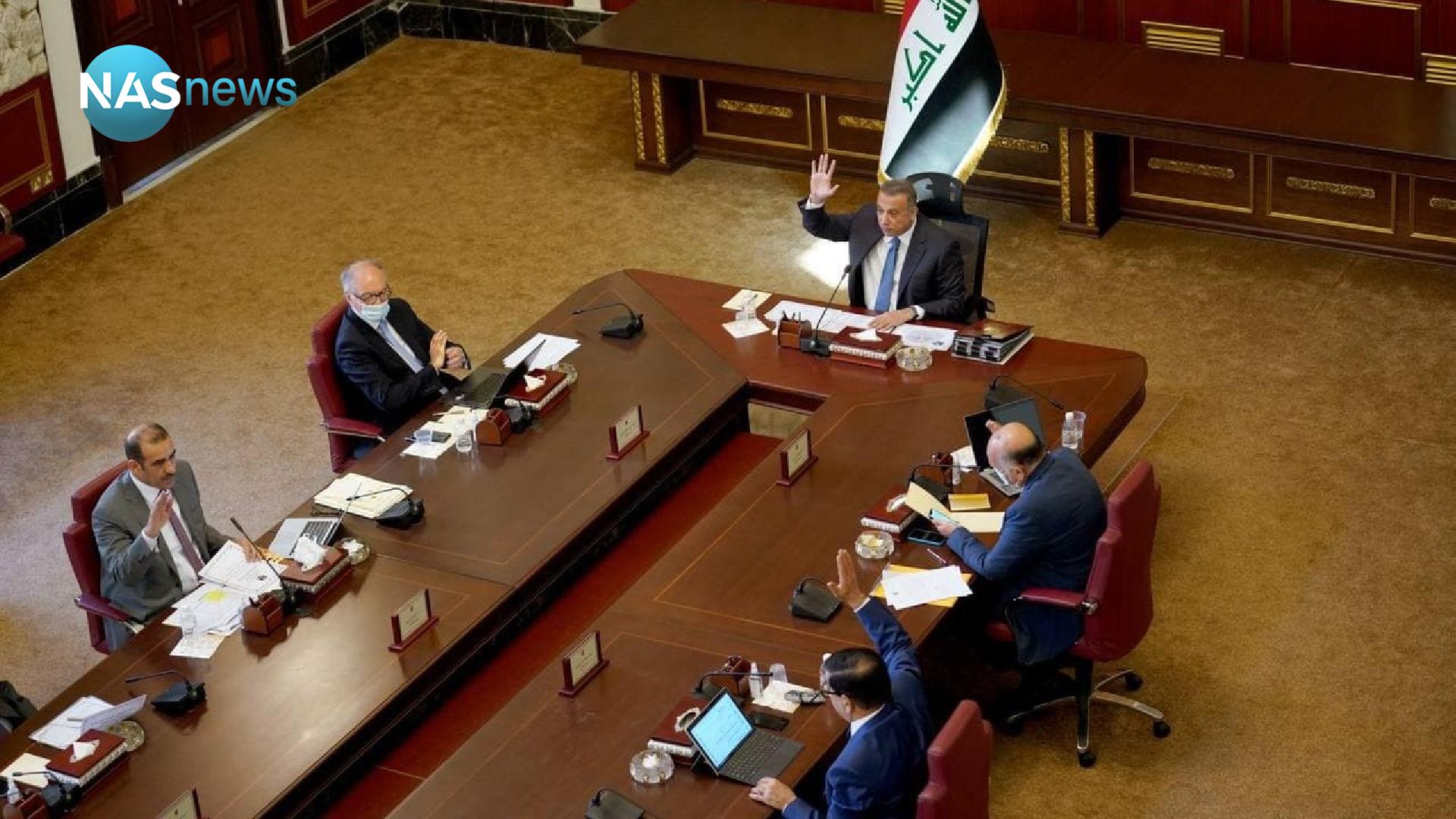 The Council of Ministers voted, during its thirty-fourth session, headed by Prime Minister Mustafa Al-Kazemi, on a number of issues, while issuing a package of decisions.

And Al-Kazemi’s media office said in a statement, “Nass” received a copy of it, (September 7, 2021), that “Prime Minister Mustafa Al-Kazemi chaired, today, Tuesday, the thirty-fourth regular session of the Council of Ministers, in which a number of issues and developments in the country were discussed. Discussing the topics on the agenda and issuing decisions regarding them.

During the session, the Prime Minister stressed the importance of integrative work between state institutions in order to achieve the desired goals and push the wheel of development forward, in a way that contributes to upgrading the country’s reality and its repercussions on the lives of citizens.

“We have reached full readiness with regard to holding the elections next October, after the government has fulfilled its obligations and completed all the technical and security requirements of the electoral process,” he said, calling on “political forces and social actors to push towards urging citizens to participate broadly in the elections.”

The statement indicated that “during the session, the epidemiological report of the Corona pandemic was reviewed, and the developments of the work of the committee to strengthen government measures in the areas of prevention and health awareness control, to limit the spread of the virus, the preventive measures taken by the Ministry of Health, to confront the pandemic, and its efforts to provide vaccines to citizens through outlets. vaccination”.

After discussing the topics on the agenda, the Council of Ministers issued the following decisions:

First/ Prime Minister Mustafa Al-Kazemi directed the Budget Preparation Committee to include the budget law for 2022, the amounts necessary to conduct the general population census within the budget of the Ministry of Planning.

Second / The Ministry of Finance allocates an amount of (3) billion dinars, only three billion dinars, to the Holy Karbala Governorate from the emergency reserve, according to what was stated in the governorate’s books numbered (5983) and (5984) on September 4, 2021.

– It is sufficient to bring Iraqis coming from India, a negative PCR examination, which was conducted within (72) hours before their entry into Iraq, with a pledge to quarantine them at home (10) days, and ensure that they are free of symptoms of the disease before allowing them to mix with others.

Fourth / The Ministry of Finance allocates an amount of (500,000,000) dinars, only five hundred million dinars, to the Ministry of Health / Baghdad Health Department / Rusafa, as a matter of emergency; To pay hotel fees designated for quarantining arrivals from travel; To prevent the spread of the Corona virus, and pay them the received oxygen dues to the Department of People’s Medical Clinics.

1- Authorizing the Director General of the General Directorate of Water in the Ministry of Construction, Housing, Municipalities and Public Works, the authority to sign the contract and disbursement with the consortium of companies in solidarity and solidarity (SAMSUN MAKINASINAYI -BIWATER-WOOD Group- Al-Rida Group), regarding the project (seawater desalination in Basra Governorate), according to The study submitted by the Austrian consultant (ILF), who is contracting with the ministry, and the implementation of the project will be under the supervision and follow-up of the above consultant.

2- Authorizing the Ministry of Construction, Housing, Municipalities and Public Works, the authority to appoint an international legal consultancy company for the purpose of preparing and auditing everything related to the contractual matters of the project.

3- Assigning the Trade Bank of Iraq (TBI) the work of managing and organizing all that is required to finance the project from the British loan, and coordinating with the British Export Corporation (UKEF), and any other financial institution related to the financing of the project, provided that this is within the legally specified tasks of the bank.

Sixth / Approval of the following:

1- Adoption of the attached recommendations of the committee composed of the Ministry of Transport linking its book to the number (19227 dated August 17, 2021) regarding discussions with the Italian company PEG to present the technical and commercial offer for the preparation of an integrated study; To develop the railway sector in conjunction with the establishment of the Great Port of Faw.

2- Excluding the referral of the project (preparing an integrated study for the development of the railway sector, in conjunction with the establishment of the Grand Port of Faw to the Italian company PEG) from the contracting methods stipulated in the instructions for implementing government contracts No. 2 of 2014 and the aforementioned methods in the instructions for implementing the general budget Federal, based on Cabinet Resolution (222 of 2021).

– Obligating ministries and agencies not associated with a ministry to implement this decision.