With a value of 27 billion dollars, Iraq and France sign an agreement to invest gas and develop oil fields

With a value of 27 billion dollars, Iraq and France sign an agreement to invest gas and develop oil fields 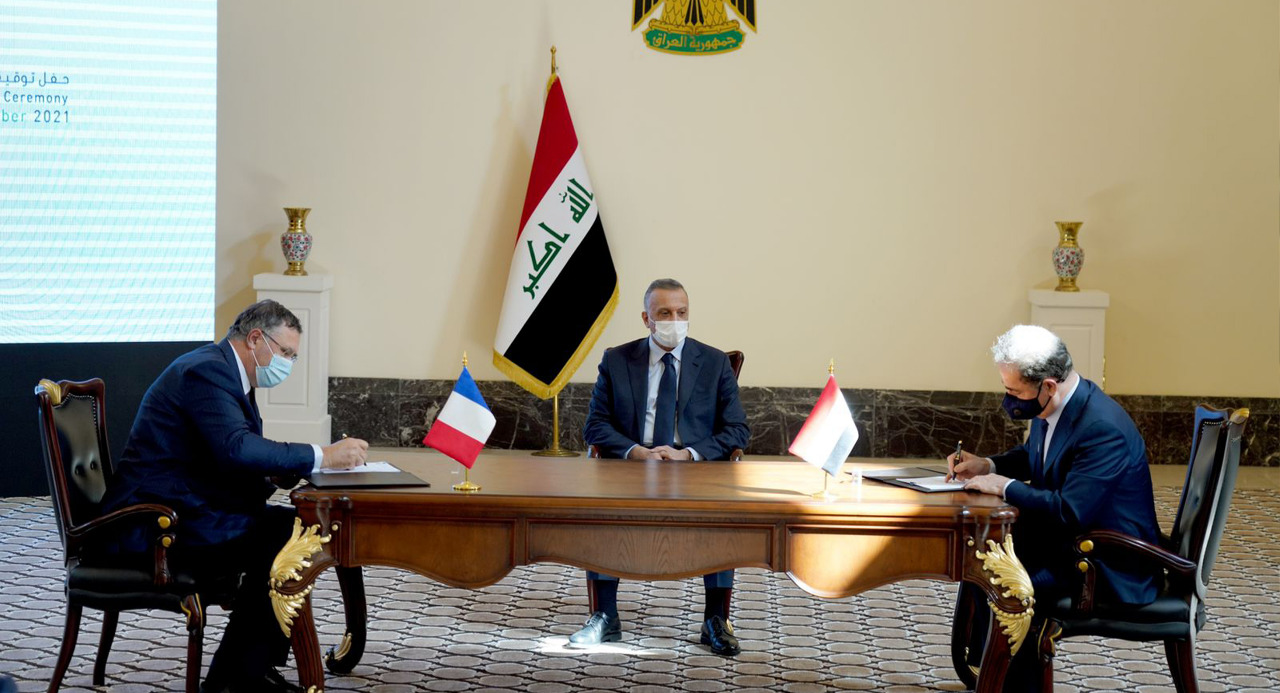 Shafaq News/ Under the patronage of the Iraqi Prime Minister Mustafa Al-Kazemi, the signing ceremony with the initials took place today, Sunday, on the umbrella of the agreement for optimal investment projects for associated gas and the development of oil fields between the Iraqi Oil Ministry and the French Total.

The agreement aims, according to the statement, to “achieve the optimal investment of Iraq’s wealth, including oil and gas reserves and water resources, and to secure a high degree of stability for electrical energy, as well as raising oil production capacity.” The first project includes developing the Artawi oil field, with an available production of 85,000 barrels per day, to a peak production of 210,000 barrels per day, introducing modern technology, training Iraqi staff, and providing job opportunities for Iraqi citizens.

The second project includes the construction of an Artawi gas complex with a capacity of 600 million standard square feet (mSQF); For the purpose of investing gas burned from oil fields, which leads to reducing gas imports from neighboring countries, producing an amount of condensate estimated at 12000 barrels per day, and producing a quantity of LPG estimated at 3000 tons per day for the local market, as well as introducing modern technology, training Iraqi staff, and providing Job opportunities for citizens.

The fourth project includes the construction of an electric power plant that relies on solar energy, to produce electrical energy at a cost of less than 45% of the cost of energy production from current power stations, with a total production capacity of 1000 megawatts.

Al-Kazemi’s office explained that “the total value of the four projects amounts to 27 billion dollars, while the total return on profits during the contract period reaches 95 billion dollars, calculating the price of a barrel of 50 dollars.”