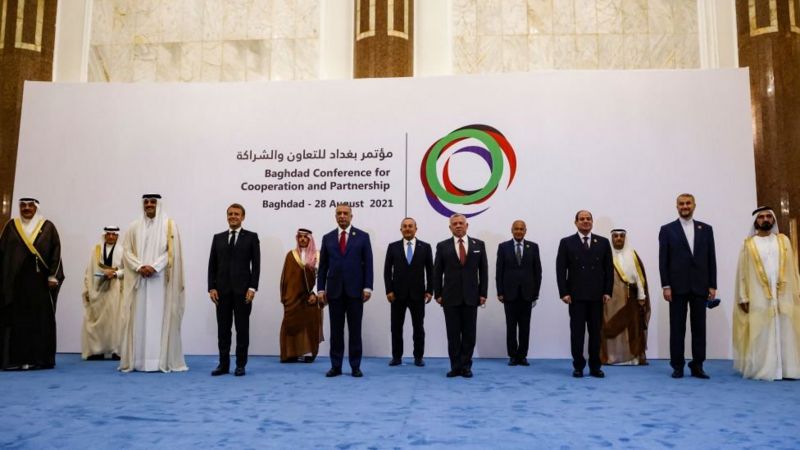 Shafaq News/ Cabinet spokesman Hassan Nazim considered, on Tuesday, that Iraq has regained its regional role through the success of its diplomatic efforts.

Last Saturday, Iraq hosted the Baghdad Conference for Cooperation and Partnership, in the presence of leaders and officials of 9 neighboring and regional countries, as well as France.

Nazim said, in a press conference after the weekly session of the Council of Ministers, that “Iraq succeeded in crowning its diplomatic efforts and restoring its regional role.”

He pointed out that “the government has taken bold measures to combat corruption, and its achievements are known to all.”

Regarding the early elections next October, Nazim said that “the government facilitated the work of the Electoral Commission in order to be ready to complete the polling process on schedule,” noting that “urging citizens to participate broadly in the elections will resolve political reform.”

He pointed out that “Prime Minister Mustafa Al-Kazemi encouraged the easing of bureaucratic procedures that delay the completion of government work.”