$25 billion wasted on remittances outside Iraq

$25 billion wasted on remittances outside Iraq 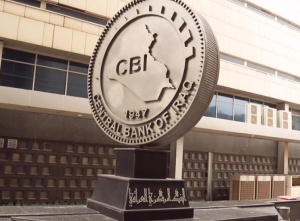 BAGHDAD – Iraqi MP Arshad Al-Salihi revealed earlier this month that there are financial differences that exceeded $25 billion last year between the volume of remittances for importing goods and the value of goods entering the country.

Al-Salihi’s statements come in line with the warnings of economic experts and members of the Parliamentary Committee about the amount of waste and currency leakage due to the failure to scrutinize the receipts submitted to the currency sale window at the Central Bank, neglecting the comparison between the value of those receipts and the volume of goods entering the country.

Wasted money
, Al-Salihi said in a statement, “We were astonished by the figures revealed by the Ministry of Planning that the volume of Iraq’s import of goods in 2020 amounted to only 15 billion dollars, while the volume of Iraqi remittances outside the country during the same year amounted to 40 billion dollars, according to what announced by the Central Bank,” referring to the loss of $25 billion.

And the Iraqi Ministry of Planning announced last week a sharp decline in imports during 2020 compared to the years 2018 and 2019, attributing the matter to the outbreak of the Corona epidemic.

The official spokesman for the ministry, Abdul-Zahra Al-Hindawi, said, in a statement, that the report prepared by the Central Bureau of Statistics showed that the total imports for the year 2020 of commodities and petroleum products amounted to 15.4 billion dollars, recording a decrease of 25.9 percent from 2019 to 29.9 billion dollars.

The absence of oversight and auditing
. Economists attribute the gap between the volume of remittance funds for the purpose of import and the value of imported goods to the absence of audit and the occurrence of manipulation of receipts of remittances importing goods from outside Iraq, as indicated by the expert Manar Al-Obaidi, who explained to Al Jazeera Net that many of the parties that transfer funds through The central bank does not provide valid documents.

He added that some authorities transfer funds for the purpose of import when they submit them to the Central Bank, so they attach some permits and some incorrect receipts with large numbers in order to carry out a large transfer.

The financial and economic expert Safwan Qusay also confirmed the existence of lost money in the process of sending remittances and receiving goods from abroad, pointing out that some of them may also be due to the fear of traders from raising the exchange rate of the dollar against the dinar by the government, which prompted some of them to reserve larger quantities of goods. before raising the price.

He called on the government to determine the size of the amounts transferred and for which goods were not entered, as well as to know who purchased these remittances and the goods that entered Iraq and which did not enter through the official outlets.

Confirmation and Warning
The Parliamentary Finance Committee confirms the existence of financial differences between remittances outside Iraq and the goods entering against them at a value equivalent to one-fifth of Iraq’s budget for the current year, noting the need to complete transfers through auditing and linking the concerned authorities with each other with common windows to reveal the fate of those funds and control their exchanges According to Jamal Cougar, a member of the Parliamentary Finance Committee.

In an interview with Al-Jazeera Net, Cougar said, “Of course, this situation exists and we in the Finance Committee sat with the Central Bank and the Ministry of Finance more than once to talk about the currency auction and the violations that take place through it,” noting that the Ministry of Finance was requested to be with the Central Bank with the border crossings. They are the three parties that are coordinated so that there are real numbers.

Cougar accused the country’s major parties of obstructing curbing this phenomenon, as they stand in the way of any parliamentary or governmental accountability.

A member of the Parliamentary Committee indicated that many of the banks involved in the currency auction, which carry out financial transfers, are originally affiliated to political parties and parties, and through them benefit from the proceeds of remittances, money laundering and many other matters related to the interests of political parties.

The political arms
Cougar’s statements are consistent with the opinions of political analysts who see the differences in remittances and the amount of their lost money, pointing out that there is manipulation by the fronts of political parties that benefit from the financial differences by injecting part of them into politics, using it for electoral propaganda and vote-buying, as well as to support regional countries by transferring These transfers to it under the pretext of importing goods from it and thus supporting their economies, and this is confirmed by the analyst and political researcher Suhad Al-Shammari.

The Ministry of Finance did not comment on the matter, on the other hand, the Central Bank did not deny or confirm what was said by Al-Salihi.

It is noteworthy that there is an electronic window in which the volume of money transferred for import is reviewed daily, through which Al-Salihi may have collected the volume of remittances for the year 2020 and found these differences.

This comes amid continued warnings by some economists about the amount of waste resulting from the currency auction and the differences between the import receipts submitted for the auction and the goods entering the country, which do not exceed one third of the value of the transferred funds, according to specialists, which wastes on Iraq and the economic and service reality, money that compensates for the permanent debt in A budget each year from the World Bank and many donors.

And the value of the difference between remittances and imported goods is enough to fill the expected deficit in this year’s budget, estimated at 19 billion dollars, and stop the need for external loans. Rather, it will add about 6 billion dollars, enough to build more than 4,000 schools for Iraqi children, as observers confirm.