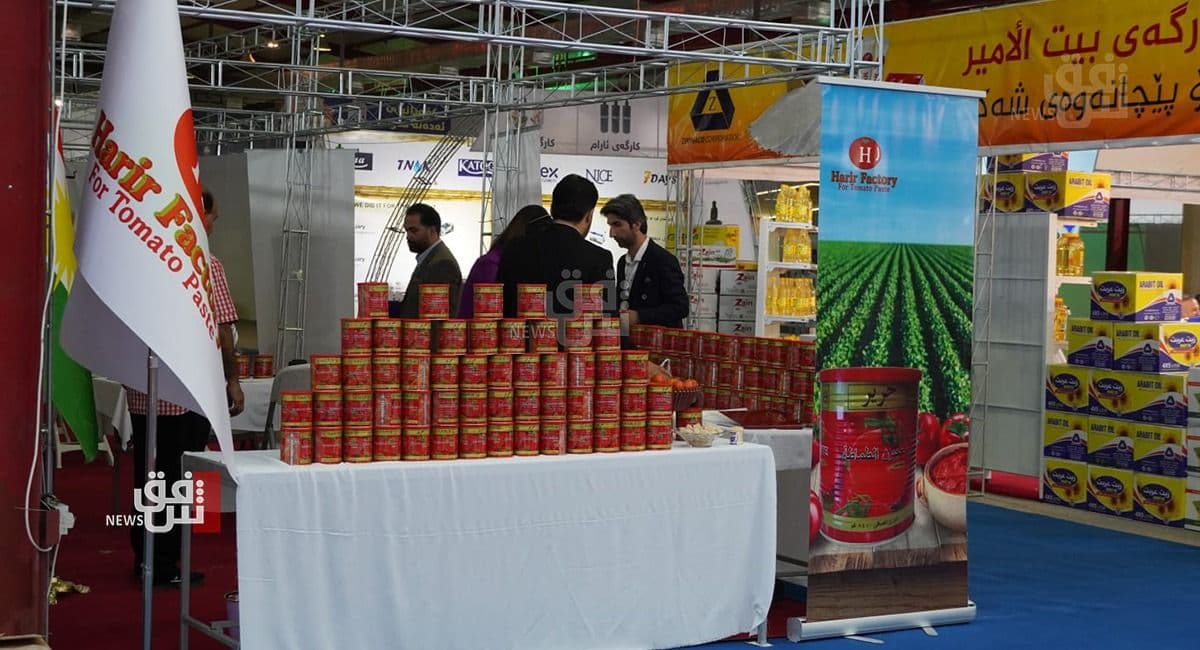 Shafaq News/ The activities of the Sulaymaniyah National Industries Exhibition kicked off on Tuesday, with the participation of 45 Iraqi companies from various industrial and food specialties, in a move to encourage the local consumer to support national production.

The organization of the National Exhibition of Iraqi Industries, Azhar al-Janabi, told Shafaq News Agency, “Encouraging and supporting the Iraqi industrial sector needs the government’s cooperation with the citizen and the establishment of a real national economic system.”

She added, “These exhibitions are an economic gateway for acquaintance between Iraqi companies and investors in the Kurdistan Region.”

For his part, the deputy of Al-Fares Company affiliated to the Ministry of Industry and Minerals, Farhan Muhammad, confirmed to Shafaq News Agency, “This exhibition is a good initiative for Iraqi companies and industries to display their sober national production in front of the imported production that competes with them in terms of quality and efficiency.”

Muhammad continued; “Through you, we extend an invitation to the government to support national production by all available means to be an important economic outlet in Iraq, and to achieve self-growth and rely on the inside more than the importer.”

turn; The owner of the Hilal Company for the manufacture of Iraqi sponges and furniture, Salam Hilal, told Shafaq News, “Our participation today comes within the framework of presenting the Iraqi national production to the Iraqi citizen from north to south, where our production is characterized by quality and appropriate prices that compete with the foreigner.”

Karwan Hama, one of the exhibition’s visitors, told Shafaq News Agency, “The Iraqi industry is very developed and needs support from the Iraqi government to remain in the forefront, and the markets are waiting for Iraqi goods to be away from the importer who burdened the state with hard currency and low economic growth.”

Hama expressed his hope that “the concerned people will visit this exhibition and benefit from the experiences in the Iraqi mind.”

The exhibition lasts for four days, and was attended by the Governor of Sulaymaniyah and a number of government officials, and is sponsored by the Ministries of Industry and Minerals in the Iraqi government and the Kurdistan Region.