A source reveals: Iraq will sponsor direct talks between Iran and America at the Baghdad summit

A source reveals: Iraq will sponsor direct talks between Iran and America at the Baghdad summit 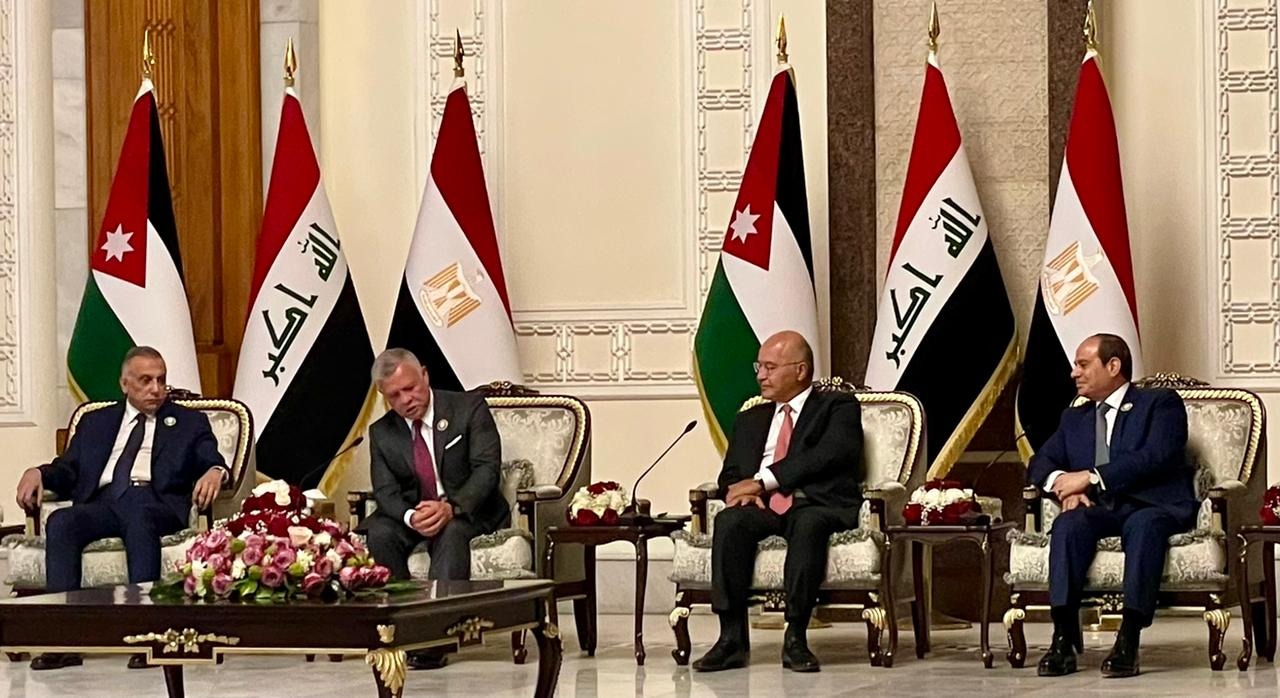 Shafaq News/ An informed government source revealed, on Monday, that Iraq is seeking to sponsor direct talks between the United States and Iran during the Baghdad summit expected at the end of this month, which brings together leaders of neighboring countries.

The source told Shafaq News Agency, “Prime Minister Mustafa Al-Kazemi will work, through the Baghdad summit, to conduct a direct dialogue between Tehran and Washington, under Iraqi sponsorship.”

He stressed that “there is a welcome from both sides (Iran and America) for these Iraqi endeavors.”

An informed source in the Iraqi government revealed to Shafaq News Agency on the third of August that Prime Minister Mustafa Al-Kazemi is working to establish a regional summit in the capital, Baghdad.

The source said that it is hoped that the countries surrounding Iraq will participate in this summit, in addition to Qatar, the UAE and Egypt.

On Sunday, the Parliamentary Foreign Relations Committee revealed the names of the Arab and foreign countries that will participate in the Baghdad summit.

Committee member Amer Al-Fayez told Shafaq News Agency, “There are about 10 countries that will participate in the regional summit in the capital, Baghdad, including Turkey, Iran, Saudi Arabia and other Arab countries, in addition to the participation of European countries and the United States of America.”

And he indicated that “the regional summit will discuss controlling borders between countries, strengthening the security, political and economic aspects, resolving the water crisis and contributing to resolving differences between some countries in the region.”

Also yesterday, Iraqi Prime Minister Mustafa Al-Kazemi invited Saudi King Salman bin Abdulaziz to attend the summit meeting of Iraq’s neighbors scheduled to be held in Baghdad at the end of this month.

And earlier today, Monday, French President Emmanuel Macron announced his desire to attend the “Baghdad Conference” to be held in the Iraqi capital at the end of this month.