Iraq.. The three presidencies confirm that the elections will be held on time

Iraq.. The three presidencies confirm that the elections will be held on time 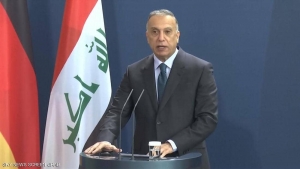 With the intensification of controversy and debate over the general elections in Iraq scheduled for next October, especially in the wake of a number of withdrawals from them by powerful political forces, the matter was settled in the “three presidencies.”

The expanded meeting, which included heads and representatives of a number of Iraqi forces and parties, came at the invitation of Prime Minister Mustafa Al-Kazemi, and in the presence of the President of the Republic, Barham Salih, and Speaker of Parliament (Parliament) Muhammad Al-Halbousi, to confirm that the electoral process was conducted on time.

The attendees, in the presence of the three Iraqi presidencies, affirmed their commitment to the timelines set for the electoral process, and the criteria and controls that were approved for its success.

The attendees called on the government to provide all requirements of electoral security, and all support to the Independent High Electoral Commission, in order to ensure the success of the process and ensure its integrity.

And they appealed to the political forces that announced during the last period not to participate in the electoral process for any reason, to return from this decision and start an open dialogue to fortify the electoral process and democracy in the country, according to a statement issued by the Iraqi Council of Ministers.

Commenting on this, an informed political source in Baghdad told Sky News Arabia: “There will be no postponement of the elections, unless serious security developments occur, but politically, legally and even security efforts are focused on organizing them in a timely manner despite all obstacles and obstacles. “.

The source continued: “Withdrawing from the electoral process and boycotting it is always a short-sighted and wrong policy, and it backfires on its owners, and this is proven by the experience in Iraq throughout the various electoral events and events over the past two decades.”

As for Hussein al-Najjar, a member of the Central Committee of the Iraqi Communist Party, he believes that “democracy is not only electoral participation, but also opposition, and we believe that the current conditions do not allow for fair elections, and that organizing elections in light of this reality will not lead to a democratic transformation, but will entrench sectarian and ethnic quotas in country, and reproduces the system of corruption against which the Iraqi people rose up.”

The communist leader added in an interview with “Sky News Arabia”: “The concerned authorities, especially the three presidencies, must respond to our demands as withdrawing forces, and start real measures to ensure wide popularity in the elections, by changing the current election law and expanding the participation of various political forces in drafting and amending it. Applying the law of parties, restricting arms to the state, preventing political money and holding the corrupt accountable, and exposing and holding the killers of protesters and activists and their supporters accountable.

Al-Najjar continues: “The Iraqi political process is in a structural crisis, and Al-Kazemi himself admitted this and adopted this characterization, and therefore the structural crisis needs a national dialogue, and the start of concrete and urgent steps to address and solve it, but unfortunately there are no signs in this direction.”