The idea of ​​opening the Iraqi Aid Bank..!

The idea of ​​opening the Iraqi Aid Bank..! 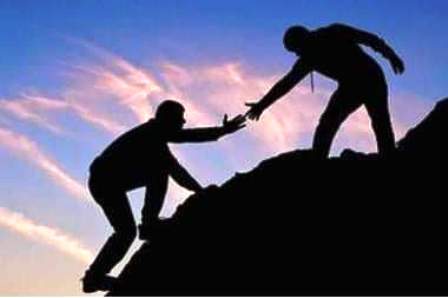 This idea came to me on Friday, the third day of Eid, and I am completely broke, due to the government’s delay in disbursing salaries as usual every month! In light of the brutality of the market, after the government itself raised the exchange rate of the dollar, it is besieging the citizen on both sides. Of a new kind, and without benefits, and its aim is to extend a helping hand to the poor people.

Explanation of the idea that small amounts of advances are available, between (one hundred thousand to three million dinars), in order to provide the family’s requirements and preserve people’s dignity, and the payment will be within a maximum period of one year, and thus the citizen can meet the requirements of his life even with the delay in salaries, and a second advance can be disbursed After paying the first, and its subjects according to the citizen’s need. You do not need a guarantor, and we can branch out from them as examples of the citizen’s need:

1- Advances for the purchase of electrical or electronic appliances or furniture.

2- A loan for an operation, or to buy an expensive treatment.

3- An advance for a tourist trip.

4- An advance to repair a car.

6- An advance to get rid of a predicament, such as paying a debt or paying a guarantee.

It is divided according to the needs of the Iraqi citizen, and then the types of advances can multiply according to the human need, and thus the authority will have created a large door to help the people, and it can restore confidence between the political class and the citizen.

And the state will not lose a dinar because it recovers the spent amounts because it is advances and not grants, as governments do with spoiled people (the political class) and give them a lot of great financial grants. The people are afraid of the nation’s dinars, unlike the parties and their political class and idols who made the state’s money loose money available to every thief.

The idea can be expanded as follows:

First: the parties and extending a helping hand to the people of Iraq, and the idea can be implemented by the parties, so that every party can open a bank to help the Iraqis, and in this case the great idols will atone for some of their sins, and a new dawn will shine with a high-quality culture, and some of the wounds of the Iraqis that resulted from the corruption of the parties will be healed.

Second: The very rich and extending a helping hand to the people of Iraq, and it is very possible that billionaires, politicians and merchants who have accumulated in their bank accounts billions, apply it, so it is not a loss to move a small part to help the people of Iraq, instead of sleeping money in the arms of the West, you rich luxuriant serve your country and your people Instead of being a servile servant to the West only.

It is an idea that is easy to implement by (the government, parties, currents, organizations, and the affluent), and it can be the cornerstone of any political programme.