Does Biden’s withdrawal from Iraq look like an “advance under the nuclear deal” with Iran?

Does Biden’s withdrawal from Iraq look like an “advance under the nuclear deal” with Iran? 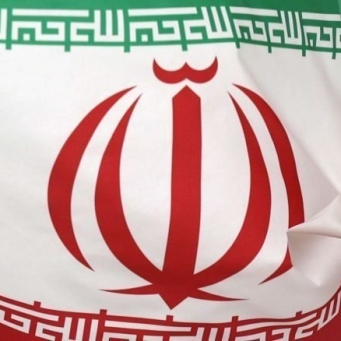 At first glance, President Biden’s decision to bring home the 2,500 US soldiers still stationed in Iraq until the end of 2021 seems logical from an internal political point of view. After all, this was an electoral promise for the 46th president and a commitment from him to end an ongoing American tragedy.

This comes a year and a quarter before the central elections for Congress, which are traditionally described in the American political arena as a kind of referendum on the performance and success of those sitting in the Oval Office in achieving the agenda set before the electorate, on the eve of the presidential elections. Indeed, the war initiated by George Bush Jr. in 2003 to overthrow the criminal regime of Saddam Hussein and bring good tidings of Western democracy to Baghdad quickly became a campaign in a desert full of illusions, disappointment and disgust. In addition to the fact that there was nothing in it to establish democratic contexts and institutions in the spirit of the American heritage, it moved the violent and chaotic process of the disintegration of the Iraqi nation into its different and contradictory ethnic and religious elements. Thus, a window of opportunity was created for its neighbor, Iran, to expand the margins of its political and military influence in this torn and bloody country.
But besides the obvious merits of such a move against the backdrop of the current Biden administration’s agenda, for which the Middle East has become a subsidiary, if not marginal, arena, it would be a mistake to ignore the potential regional repercussions for traditional allies and undermining the balance of power and threats in it.

First of all, there is talk of accelerating Tehran’s control of Iraq, because the Iranian militias will soon have the freedom to operate without hindrances in their activities on the lands of Iraq and Syria (where the size of the American force today is only 900 soldiers). Not to mention Lebanon, which is now in the stages of disintegration and collapse without the presence of a superpower interested in clashing with Hezbollah’s forces.
In light of this situation, the question arises: What will be the future and fate of the Ibrahim Accords in the absence of a supportive American cover in the form of a military presence in the region and a demonstration of a deterrent ability on its part? Not to mention that the military withdrawal from Iraq will constitute another link in a more comprehensive strategy in a new security deployment that includes reducing the US naval presence in the Gulf, which would raise the level of anxiety in Saudi Arabia and the UAE, and even in Jerusalem.

Indeed, as far as Israel is concerned, the threat inherent in the realized American desertion is clear and tangible. Because completing the Iranian transformation of Iraq will expose it to the activity of Iranian militias against it, especially on the Syrian front. Israel’s military ability to neutralize the threat in this region will soon diminish in the wake of the Kremlin’s decision to fundamentally change the rules of the game on this front, and prevent Israel from continuing its actions in the face of Tehran’s challenge.

Since all the president’s men are well aware of the threat to the Israeli partner, which is inherent in their exodus from Iraq, the conclusion is inevitable that it is a calculated acknowledgment whose timing is decided at a stage in which the United States and Iran are conducting today a bargaining process aimed at implementing the nuclear agreement between the great powers, including the United States, and the regime Allah’s signs. In light of this, we can see the US withdrawal decision from Iraq as an advance or a confidence-building step towards Iran aimed at softening Iran’s hardened stances during negotiations.

It is worth noting that the American aspiration to sign the agreement and pave the way for opening a new page between the two countries constitutes a central pillar in Biden’s policy, and overshadows every other consideration (unless Washington truly believes that the second Vienna Agreement will succeed in reducing the severity of the Iranian threat to Israel).

Thus, even if the administration agreed to enclose the agreement in return for security for Israel, it is very doubtful that this would compensate it for the price it will have to pay, whether for its abandonment of the Iraqi arena or for its signing of the nuclear agreement.

In light of this state of affairs, all that is possible is to look at reality consciously, free of any illusions, and prepare for a cold day when Israel is exposed inside the tank compartment.
Written by: Professor Abraham Ben-Zvi