After the US announcement, the commander of the Iranian Quds Force arrives in Baghdad on a “secret” visit

After the US announcement, the commander of the Iranian Quds Force arrives in Baghdad on a “secret” visit 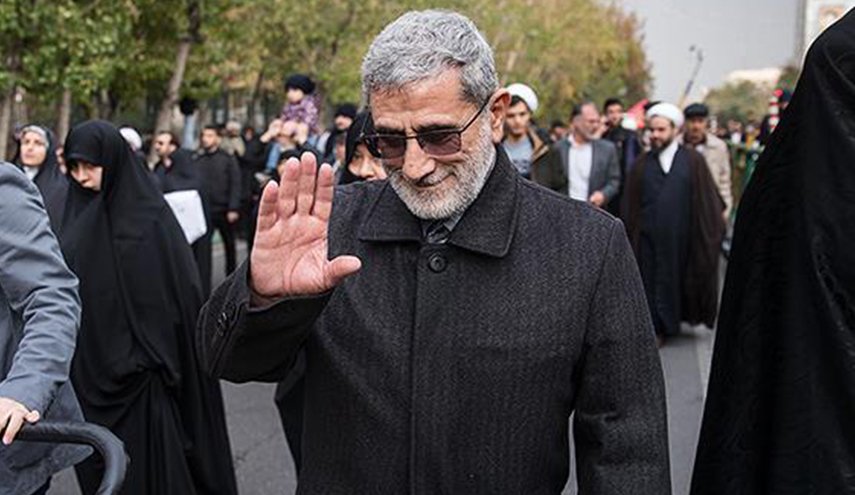 Shafaq News/ An informed source said on Tuesday that the commander of the Iranian Quds Force had arrived in the Iraqi capital, Baghdad, on a “secret” visit.

This visit comes hours after US President Joe Biden announced the end of his forces’ “combat” missions in Iraq.

The source told Shafaq News Agency, that the commander of the Iranian Quds Force, General Ismail Qaani, arrived today in Baghdad on a secret and unannounced visit, indicating that the visit comes in order to meet with a number of political forces and armed factions for the purpose of discussing the latest Iraqi-American agreement, What took place between Al-Kazemi and Badin regarding the total US withdrawal from Iraq.

The “Shiite” political forces welcomed the results of the negotiations conducted by an Iraqi delegation in the US capital, Washington, which resulted in a declaration by US President Joe Biden that “the combat missions are over” in Iraq.

And US President Joe Biden announced, during a meeting yesterday, Monday, with Iraqi Prime Minister Mustafa Al-Kazemi, that the United States will end by the end of the year its “combat mission” in Iraq to begin a “new phase” of military cooperation with this country.

Al-Kazemi arrived yesterday (Sunday, July 25) at the head of a high-level delegation that includes the ministers of foreign affairs, defense, oil, trade and culture, to the American capital, Washington, on an official visit.

Qaani had visited Baghdad on the ninth of last June, and held extensive meetings with government and political parties and armed Shiite factions for the purpose of discussing the situation on the Iraqi arena.