Al-Kazemi is on a difficult mission to Washington..complex files are waiting to be discussed

Al-Kazemi is on a difficult mission to Washington..complex files are waiting to be discussed 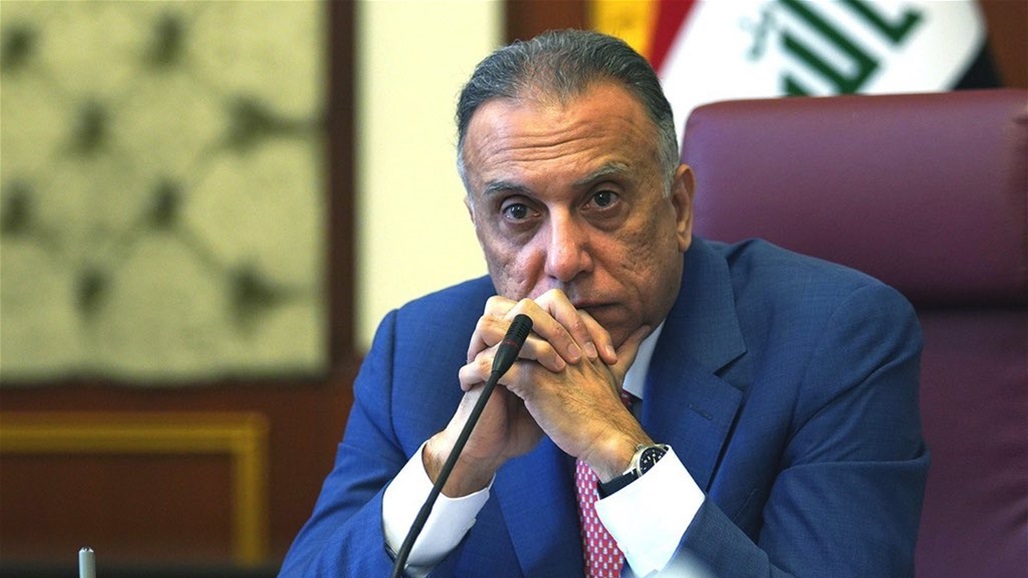 The visit of the government delegation headed by Mustafa Al-Kazemi, expected to the United States of America, still takes the largest place in the attention of the media and political circles, at a time when the Parliamentary Foreign Relations Committee stressed its support for any measures taken by the government in the interest of the country, in all Sectors, a parliamentarian called on the prime minister to assume his national responsibilities and inform the United States of America about what is happening frankly in the Iraqi arena.

member Foreign Relations CommitteeParliamentary Furat Al-Tamimi, indicated that the Parliamentary Committee supports any measures taken by the government in the interest of the country, in all sectors.

Al-Tamimi said in an interview with Alsumaria News, “The visit of the government delegation headed byMustafa Al-Kazemi on his visit to Washington And meet the president Biden, is to complete the third strategic dialogue rounds, and we believe that the security file will be the first file to be discussed with Washington, in addition to other files, given the strategic framework agreement that was signed between Baghdad andWashington The year 2008 was not limited to the security aspect only, but also included other economic, educational, tourism and health axes, in the field of oil, judiciary, energy and other sectors,” noting that “these files are discussed by permanent specialized committees within periodic dialogue rounds and follow up on their implementation within specific timelines.”

Al-Tamimi added,Iraq It is possible for him to benefit from the capabilities of the United States, which are advanced globally in several fields, if the agreement is accurately implemented,” noting that “the dialogue is difficult, especially since there is no principle of parity in the balance of power between the two countries, but the agreement is originally ratified between the two governments, which means that it It is binding on both parties internationally, away from the principle of balance of power, and that Washington morally responsible for Iraq It toppled the regime in 2003, and it is obligated to preserve its security and stability.”

He continued, “Foreign Relations Committee Supportive of any measures taken by the government in the interest of the country, in all sectors, and we believe that the moral commitment by Washington towards Iraq And in front of the countries of the world, it is obliged to preserve Iraq And its stability, being below that, endangers its credibility before the world, especially since that credibility suffered a major setback in 2014 when it was late in supporting IraqDuring the threat of ISIS factions to Iraq and their delay in arming the Iraqi security forces, which made them keen not to repeat this mistake.

“Al-Tamimi stressed, that”Iraq Committed to good dealing and common interests with all countries of the world, and our constitution refuses to be IraqAs a basis for threatening neighboring countries or entering the country into the policy of axes with this or that party, and this matter should be taken into account by the American side during the strategic dialogue.”

Member of Parliament, Raad Al-Dahlaki, demanded the Prime MinisterMustafa Al-Kazemi To assume its national responsibilities and be informed United States of AmericaOn what is happening frankly in the Iraqi arena of deterioration that includes all sectors and important files.

” Al-Dahlaki stressed “the need for the United States of America to assume its legal and moral responsibilities towardsIraq And its honorable people by dealing with the stifling and dangerous crises they are going through, the uncontrolled weapons and the spread of outlaw groups and their control of whether or not to return the displaced to their homes, and beating and threatening the interests of Iraq The strategy with the international community, the interference of some neighboring countries in the Iraqi affairs and its political decision, the rampant corruption of mafias and their control over the administration of the state has lost the prestige of the state and its national responsibilities towards its people. IraqNew. ”

He also said the” Kazmi to brief the United States on the concerns of the Iraqi people and affected the economic side down due to internal and external pressures , “pointing out that” determineIraq The quantities of oil exported to the countries of the world had a negative impact on addressing this aspect.”

Al-Dahlaki stressed, “the need for the electricity file to be present at the negotiating table to reach a final solution to the electricity problem, which directly affected the lives of Iraqis and their economic interests,” noting that “Iraq hopes the United States of America and the international community will play a key role in addressing security and stability.” In Iraq, to ​​be a good environment and a fertile ground for the investment of international companies, and to build this country on healthy and professional foundations so that the Iraqi people can enjoy their wealth and security and peace prevail.