Sheikh Qais Khazali: Al-Kazemi’s government deserves the title of the most failed government in the history of the modern Iraqi state

Sheikh Qais Khazali: Al-Kazemi’s government deserves the title of the most failed government in the history of the modern Iraqi state 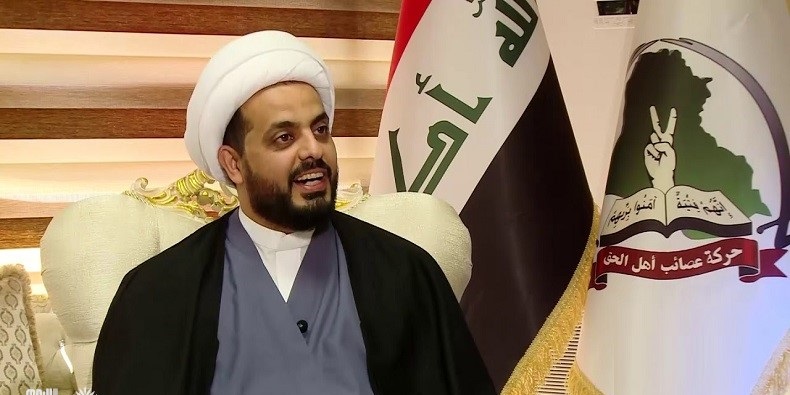 The Secretary-General of Asa’ib Ahl al-Haq, Sheikh Qais al-Khazali, called on the House of Representatives to question the Iraqi government and its head, Mustafa al-Kadhimi, for several reasons, while accusing the Iraqi intelligence service of interfering in the affairs of the Electoral Commission.

Al-Khazali said in a television interview, “The Iraqi intelligence service was involved in the work of the High Elections Commission in order to falsify the election results, and unfortunately, its intelligence tasks were transferred to collecting information about the resistance factions and political blackmail, and the people began to lose confidence in the intelligence apparatus because of its inaccuracy in transmitting news.” .

He described Al-Kazemi’s government as “deserving the title of failure in the history of the modern Iraqi state,” noting that “millions of Iraqis are suffering from high prices and the government has not developed any solutions to the economic crisis.”

Khazali accused America of “standing behind the recent escalation of ISIS activity, and we hold it responsible for killing our people, and we will respond to its crimes and warn it against continuing to kill civilians,” adding, “We have never heard of a role for US intelligence in helping Iraq arrest ISIS terrorists.”

He believed that the reason behind targeting Sadr City is “security and intelligence complicity from certain personalities, and that holding security leaders responsible by Al-Kazemi is a great injustice aimed at covering up the real officials.”

He continued by saying, “We declare it frankly that we are not interested in the deception attempt that the US administration wants to carry out under the cover of the government,” noting that “the Iraqi Resistance Coordination Committee previously announced that Al-Kazemi proved his inability to demand America to withdraw its forces.”

Khazali expected that “the Iraqi-American negotiations will be portrayed as successful, and America will agree to the government’s request to withdraw its forces,” describing the negotiations as “laughing at the beard.”

He said, “American aircraft are flying over areas where there is no ISIS presence with the aim of spying, and the American forces are controlling the Iraqi airspace under the pretext of their participation in the fight against ISIS.”

He added, “It is said that there are 3,500 American fighters in Iraq, and this number is not true, and I am certain that no one knows the number of American forces in Iraq,” defying “the Prime Minister, the Commander-in-Chief of the Armed Forces, who cannot enter the American bases or count the number of its soldiers.”