Iraq .. one billion barrels of oil annually and a “complete lack” of energy

Iraq .. one billion barrels of oil annually and a “complete lack” of energy 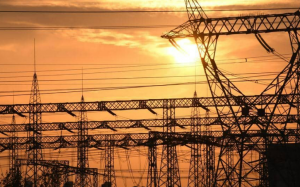 Iraq suffers from a major shortage of energy, despite the huge oil production and the flow of dozens of international rivers to its territory, and in light of government investments in the field of electric power production, which international institutions have estimated at nearly one hundred billion dollars since 2005, in addition to the country’s enjoyment of a warm climate suitable for power generation. solar.

Iraq produces only 19,000 megawatts per hour, while the rest is imported, but the issue is not only related to production, but goes beyond it to the nature of the networks, as the Iraqi system is barely able to transfer half of this amount to citizens, because the rest is destroyed for various reasons.

Among these reasons, irregular withdrawals, poor performance and quality and lack of periodic maintenance, knowing that the level of badness in the Iraqi electricity network is 7 times the international standards, which define the bad network at only 8 percent.

The breakdown of the energy system

The Iraqi expert in the field of electrical energy, former professor at the College of Science and Technology, Samih al-Yasiri, explained in an interview with the “Sky News Arabia” website, the main role of the absence of a government strategy in bringing Iraq to this level of “energy desertification”, as he called it.

He said: “Electric energy is the indicator of public failure, even for its production, Iraq imports 28 million cubic feet of gas on a daily basis from Iran, which accumulates billions of dollars in debts to the public treasury annually, even though Iraq is one of the most natural gas producing countries in the world.”

Al-Yasiri added: “The researchers also note that the various successive governments since 2003 have not researched or planned to produce any kind of clean energy. During these years, no river dam was ever built, and the 17 dams that were built in previous eras have almost become out of productive service, due to neglect and insufficient funds allocated for annual maintenance.

And he added, “Of course, there is not even a thought in the field of solar energy production, in a country where the sun almost never leaves, nor does wind energy come from the mountains of the Kurdistan region.”

During the demonstrations that engulfed many Iraqi cities due to the acute shortage of energy services, the Iraqi demonstrators directed direct accusations at Iran, expressing their full belief that its Iraqi militias are destroying transmission towers, electricity production centers, as well as water distribution points, to create complete Iraqi dependence on Iran in the field of energy, thus turning Iraq into a political client of Iran

Iran had cut off all the regional rivers and rivers flowing from its lands to Iraq, which were feeding the most important lakes and dams of Iraq, such as Darbandikhan, Dukan and Hamrin.

Iran also supplies Iraq with more than 4,000 megawatt hours of electricity, at monopolistic prices, and supplies its electrical system with the necessary natural gas, which is worth nearly four billion dollars annually.

Iraqi activist and researcher Shamiran al-Jubouri explained to “Sky News Arabia” the political dimension of this Iraqi failure in the field of energy production and distribution.

She said: “A large number of the central Iraqi political forces loyal to Iran, want to maintain Iraq as a permanent customer and eager for Iranian energy, to claim that their ties with Iran are not only ideological and loyal, but also in the interest of Iraq.”

She added: “But the issue of energy proves the extent to which the ruling Iraqi elites have drowned their personal interests within the corruption system. Iraq’s loss of all these different types of energy, from water, electricity, oil materials and solar energy, clearly indicates that none of the rulers of Iraq after 2003 did not think about the future. Iraq in the long run.

During the past two years, the three Iraqi governments that ruled the country sought to conclude agreements with the German company Siemens and the American General Electric, to produce, restructure and develop the Iraqi electric power infrastructure, to be able to meet the country’s needs during the next ten years.

However, observers of the Iraqi scene doubted the ability of the two companies to implement their foreseeable projects, exactly for reasons similar to what international oil and service companies encounter in Iraq.

The general administrative system in the country is not cooperating with these companies, and the militias and political forces will see in the actions of these companies what contradicts their interests.

Finally, because Iraq “loses the technical elite capable of cooperating and accumulating the effort that these two companies can undertake.”