Al-Talibawi: The Minister of Defense asked the Americans to stay in Iraq

Al-Talibawi: The Minister of Defense asked the Americans to stay in Iraq 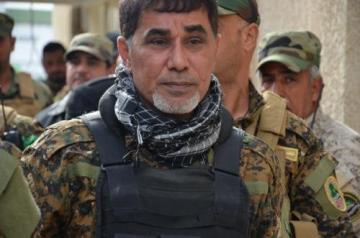 On Saturday, the leader of the Asa’ib Ahl al-Haq movement, Jawad al-Talibawi, criticized what Defense Minister Juma Inad said during a televised interview, pointing out that the minister called on the Americans to stay in Iraq.

Al-Talibawi said in a statement, “When our (defense) minister confronts the Americans, he tells them that the Iraqi army needs a minimum of seven years to complete its capabilities, and that it cannot now confront ISIS alone, so he frankly asks them to stay.”

He added: “As for the crowd, he says that the Iraqi army can face a country alone.”

He stated: “We want him (the Minister of Defense) to be brave and jealous and say these words to the army of the foreign country, which says that it will remain because the Iraqi army alone cannot confront ISIS, and not to his compatriots, the sons of the popular crowd who say that the Iraqis do not need a foreigner to help them defend their homeland. “.

And between: “As for the acceleration, his words were accurate. The thirty years that he was saying by those who could not confront them and were afraid to speak against them turned into three years.”