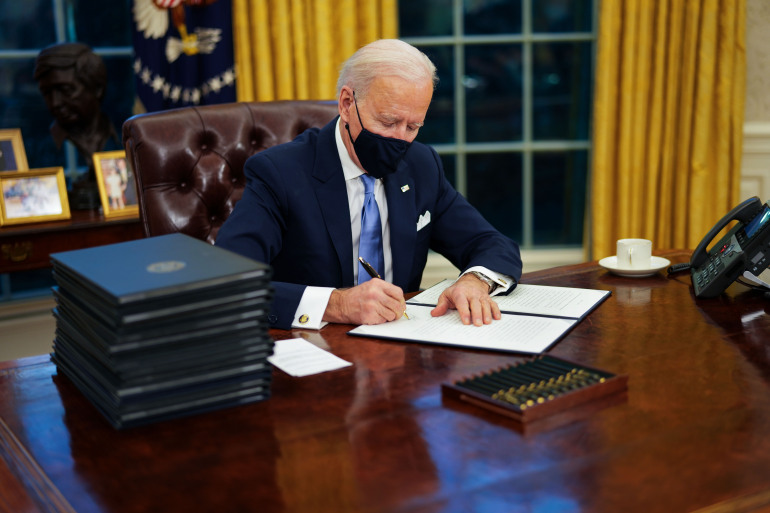 On Thursday, US President Joe Biden signed a decree extending the “national state of emergency” related to the situations in Iraq, Syria and African countries for another year.

“I am extending for one additional year the system of the declared state of emergency in response to the actions of the Syrian government,” the decree stated.

In addition, Biden signed similar orders to extend the state of emergency regime in some Central African Republics and Iraq.

It is noteworthy that the extension of the state of emergency regime will allow the United States to continue to freeze the property and assets of a number of people associated with the Syrian government, as well as prohibiting the export of some goods.

During its war on Iraq, America declared, under an executive order, a state of emergency in Iraq, to ​​deal with its unusual threat to national security and foreign policy, leading to the development of political, administrative and economic institutions in Iraq.

Biden said in the decree, “There are still obstacles to the reconstruction of Iraq and the restoration and maintenance of peace and security in the country.”

He added that the development of political, administrative and economic institutions in Iraq constitute an extraordinary threat to the national security and foreign policy of the United States.