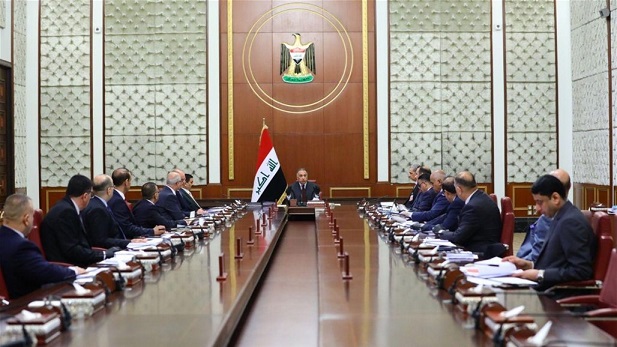 Today, Tuesday, the Council of Ministers authorized the Speaker of the Council, Mustafa Al-Kazemi, to file an appeal with some of the articles of the federal budget before the Federal Supreme Court.

Government spokesman Hassan Nazim said during a joint press conference with the Minister of Finance and Planning, attended by the Alsumaria News correspondent, that “I sat today was extraordinary and devoted the majority of it to discussing changes to the federal budget law.”

Nazim indicated that “differences were discussed between the Council of Ministers and the House of Representatives over the budget.”

In another context, he called on citizens to “go to health centers to take Corona pandemic vaccines.”

In turn, said Finance Minister Ali Allawi, during the conference, confirmed the cabinet’s intention to submit the appeal of some budget provisions to the Federal Court, adding, “We will ask the Presidency of the Republic to reconsider some budget corrections.”

Allawi continued, “We are trying to find a good solution to raise the level of income.”

In the context, Minister of Planning Khaled Najm Battal said, “We will challenge an article in the budget related to auditing and monitoring the plans submitted by the governors,” stressing that “the prime minister has directed the need to expedite the implementation of the budget paragraphs.”