Parliamentary Finance resolves all points of disagreement in the budget law, for a vote on it today

Parliamentary Finance resolves all points of disagreement in the budget law, for a vote on it today 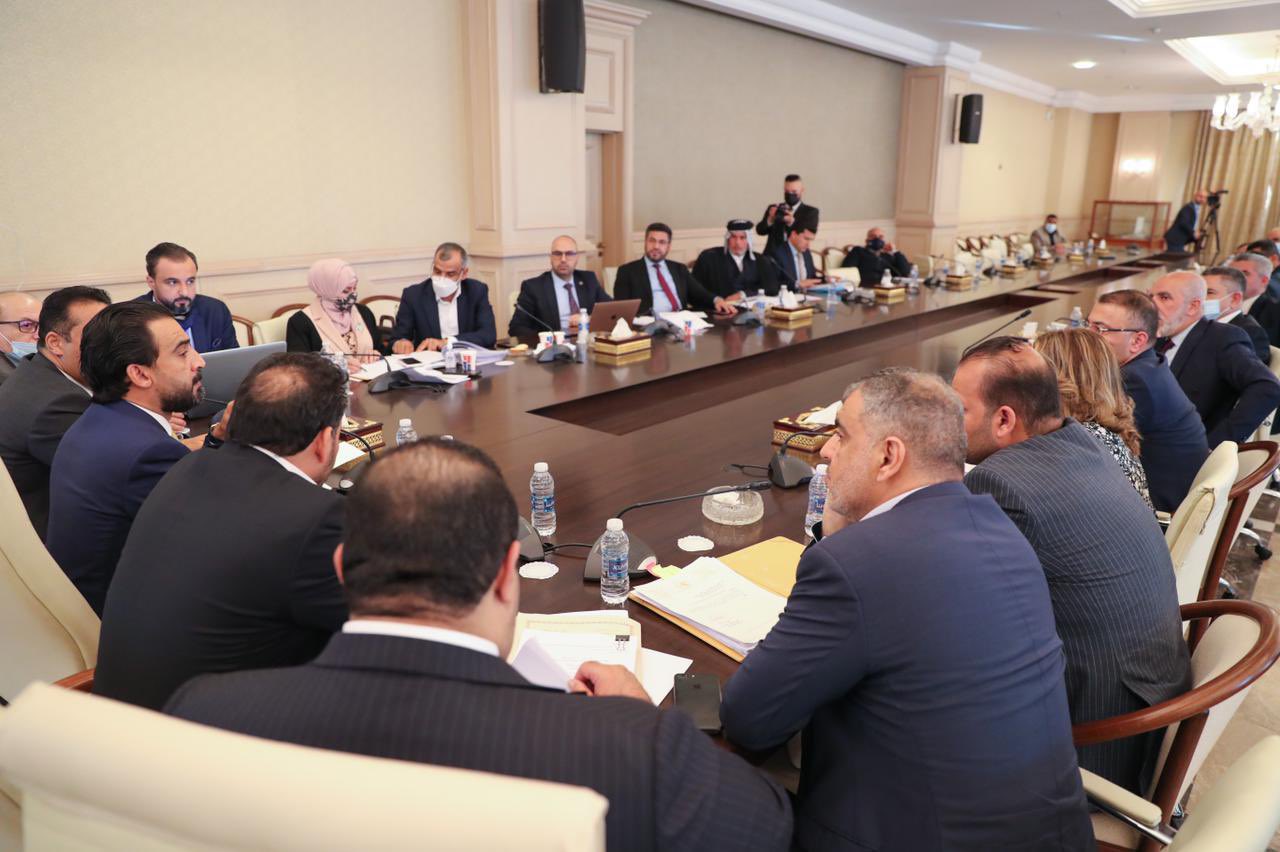 Shafaq News / A source in the Parliamentary Finance Committee revealed, on Sunday, that the meeting held by the committee to resolve the disputed points over the draft budget law ended with the resolution of all disputes, indicating that the parliament presidency will hold a meeting with the heads of political blocs and the ministers of finance and planning on the budget as well.

The source told Shafaq News that the Finance Committee ended its meeting held today by reaching an agreement on most of the disputed points in the draft budget law for the purpose of voting on it in today’s session.

“After a while, a meeting will be held for the Presidency of Parliament, heads of political blocs, the Parliamentary Finance Committee, and the Ministers of Finance and Planning to discuss a number of issues in the budget, including international loans and investment projects,” he added.

The source pointed out that “after the meeting of the Presidency, the date for voting on the budget law will be determined in today’s session or another session.”

The Minister of Finance and Planning arrived at the House of Representatives earlier today, to finalize the draft federal budget law for 2021, and to put it forward during today’s session for a vote.

He pointed out that the Parliamentary Finance Committee held a meeting to find solutions to some controversial points in the budget law.

The deputy for the parliamentary wisdom bloc, Ali Al-Badiri, had revealed earlier today that the political blocs agreed to resolve the federal budget law for 2021, in today’s session or the possibility of postponing until next Thursday as the maximum date.

Al-Badiri said, to Shafaq News, that “the political blocs agreed to vote on the federal budget law, this week, and not to postpone it until next week.”

The House of Representatives failed to vote on the federal budget bill for 2021, due to the continuing disagreements over some items.

The budget allocations are estimated at 130 trillion Iraqi dinars (about $ 89.6 billion).

Article 11 of the draft budget relates to the share of the Kurdistan Region, and stipulates that it will deliver 250 thousand barrels of oil per day, with tax revenues to Baghdad, in return for receiving 12.6 percent of the budget.

However, some political blocs are demanding that the article be amended to include a text that holds anyone who decides to spend these funds to the region legally responsible if their oil is not delivered to the federal government.

Yesterday, Saturday, Deputy Speaker of Parliament Bashir Al-Haddad announced the results of the Parliamentary Finance Committee meeting with a number of ministers regarding the federal budget law, stressing the need to address the rise in food and commodity prices.

Al-Haddad said in a statement received by Shafaq News, after presiding over a joint meeting held in the Rashid Hotel in central Baghdad between the Parliamentary Finance Committee and the Ministers of Oil, Finance, Planning, Electricity, Reconstruction, Housing, Labor and Social Affairs and the Chairman of the Federal Service Council, that a detailed discussion and discussion of the articles and articles of the draft federal budget law for the year 2021 and included in the agenda of tomorrow’s session.

He added that the budgets of the service ministries and the disbursement doors for service projects were studied in case the budget was approved.