Al-Zubaidi: Whoever imprinted the second term of al-Maliki and the licensing rounds will enter the fire

Al-Zubaidi: Whoever imprinted the second term of al-Maliki and the licensing rounds will enter the fire 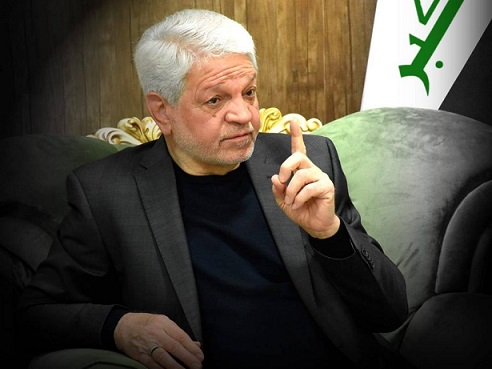 On Thursday (December 31, 2020), the former Minister of Finance, Baqir Al-Zubaidi, launched a sharp attack on the government of former Prime Minister Nuri al-Maliki in his second term (2010-2014), indicating that everyone who “imprinted” on this state and the licensing rounds “will enter the fire on this day.” The resurrection. ”

Al-Zubaidi said in a televised interview recently shown on the official Iraqi satellite channel, “I am speaking as a former finance minister and head of the Citizen Parliamentary Bloc … for four years I monitored the performance of the second Maliki government,” considering that “it was the disaster that befell Iraq.”

Al-Zubaidi described the second term of al-Maliki as “a disaster of disasters,” adding that “every minister of the second Maliki government was stealing (with his comfort and his hair dissolved),” according to Al-Zubaidi’s description.

He added, “Every minister from the second Maliki government used to see the other in theft, so he would steal himself too,” noting that “everyone who participated in the second Maliki term will be judged by God on the Day of Resurrection, and God will fire all those who imprint on the second state.”

Regarding the oil licensing rounds, Al-Zubaidi said, “Whoever fingerprinted them will be thrown by God in the fire because it destroyed Iraq,” explaining that “each company takes 12 billion dollars for every 22 billion Iraqi oil sales.”

Al-Zubaidi pointed out that “the Chinese from the companies that entered the licensing rounds were moving from Iraq to China via Qatar Airways and the Emirates, and they refused to travel via Iraqi Airways despite the big difference in prices.”

He attributed the reason to “receiving commissions and profits from those companies, which led to a great loss in public money, since transportation wages are paid from the budget.”