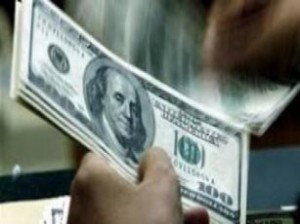 A member of the Parliamentary Finance Committee, Naji Al-Saeedi, said today, Wednesday, that the reason for the high exchange rate of the dollar in Iraq is the printing of the new currency without a balance covering it, and this is an explicit violation of the Central Bank Law No. 56 of 2004.

Al-Saeedi stated in a press statement, “The reason for the high exchange rate of the dollar in Iraq is that we use the new monetary issuance or inflationary financing from exchange rate policies, as we have printed a new currency and this is contrary to the Central Bank Law No. 56 of 2004, which states that no currency is printed.” If it did not have a balance to cover it, whether it was gold, bonds, or cash in dollars, “indicating that” this caused an increase in the exchange rate of the dollar and then a rise in the prices of imported goods into Iraq. ”

A member of the Parliamentary Finance Committee continued, “If we have financial stability in the country, this amount of ten thousand dinars obtained by the banks can go to the budget, because the Ministry of Finance is the one who owns the dollar and sells it to the central bank who owns the banknote even if we had it.” Financial stability, this rise in the dollar price leads to a reduction in the state budget deficit.