Kurdistan government reveals the results of its meeting in Baghdad

Kurdistan government reveals the results of its meeting in Baghdad 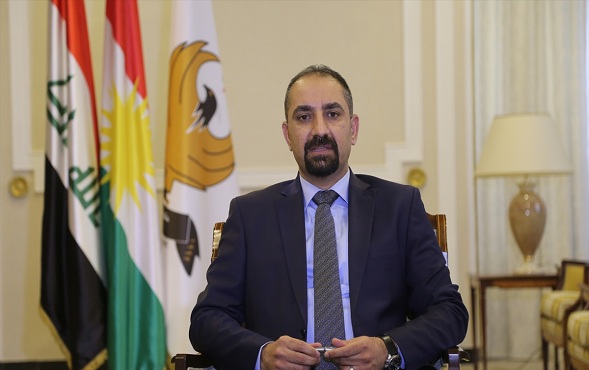 Baghdad – Mawazine News
The Kurdistan Regional Government revealed, on Tuesday, the results of the expanded meeting held in Baghdad between its delegation and the central government.
A spokesman for the Deputy Prime Minister, Samir Hawrami, told the Iraqi News Agency, “The Kurdistan Regional Government delegation headed by Qubad Talabani met with the federal government delegation headed by Deputy Prime Minister, Minister of Finance Ali Allawi.”
Hawrami added, “The expanded meeting discussed the outstanding problems and issues of financial dues for the Kurdistan region and how to install them in the draft Iraqi budget for 2021.”
He pointed out that “it was decided during the meeting to form special and subsidiary committees to intensify dialogues on oil and gas issues, financial dues, the electricity file, border crossings and debts.”
He continued, “It is expected that these committees will present the follow-ups and the results of the dialogues in light of the constitutional articles in front of the delegations of the two parties so that they can be agreed upon.” / 6 n