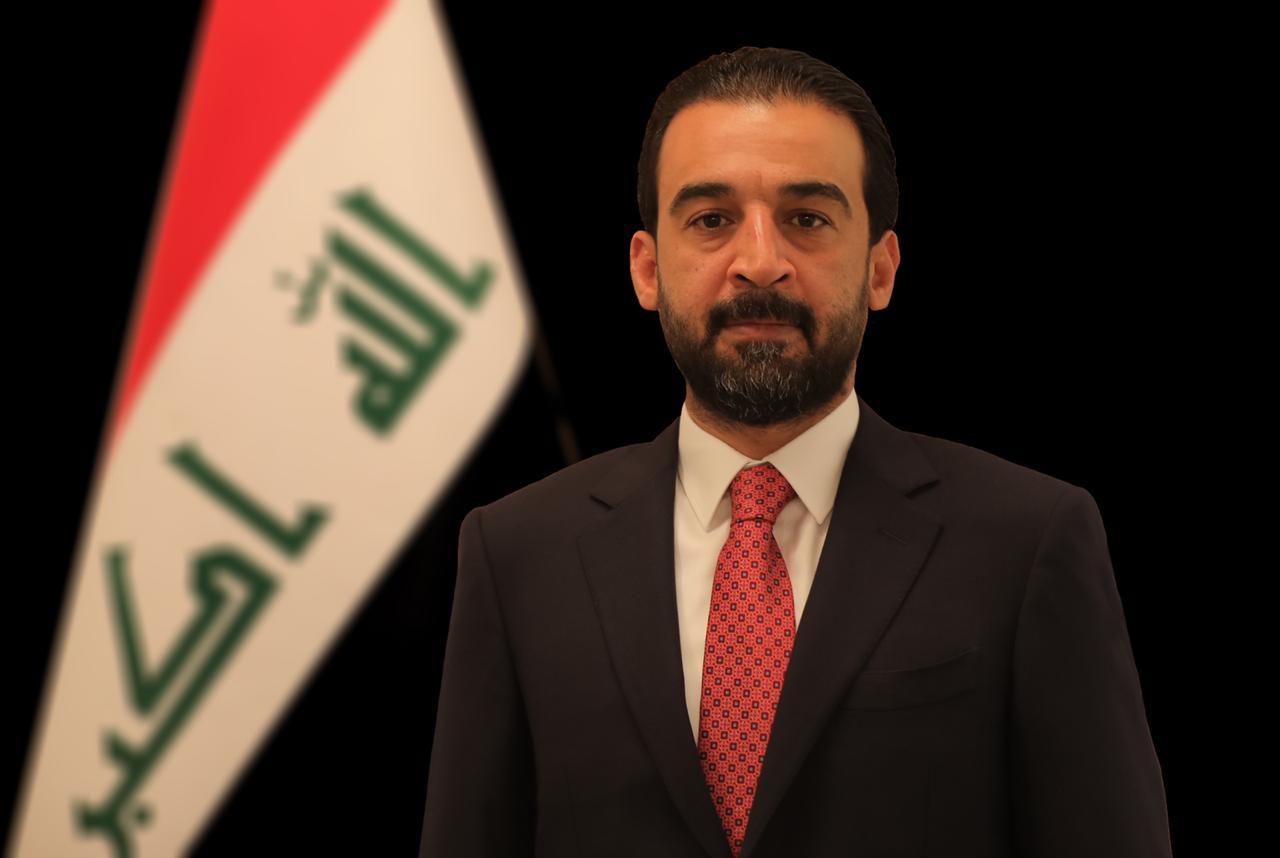 Baghdad – Mawazine News
, the Speaker of Parliament, Muhammad al-Halbousi, spoke on Sunday of a road map that takes the country out of the bottleneck circle for a space of progress.
Al-Halbousi said, in a speech on the occasion of Ashura’s commemoration, Mawazine News received a copy of it: “God Almighty rewarded you with the martyrdom of the beacon of truth, the man of stance, the bearer of the torch of freedom and the departure from tyranny, and we support the oppressed, our master, Hussein bin Ali, upon him and his family and grandfather the best of prayers and peace.”
He added, “Today we commemorate not only because it is a historical occasion that deserves to be remembered … but because it is a continuous and permanent revolutionary act as long as there is a band of injustice and as long as there is a gang of injustice … We salute the memory of Hussein who rises up against tyranny and corruption, and the abuse of power to kill and take away lives, consecrate dictatorship and robbers of freedom.” Brutal authority and a subjugated people, instead of being a servant organization for a dear and dignified nation. ”
Al-Halbousi continued: “Hussein’s battle with the invalid has been embodied throughout time and over the generations, and it is a renewed battle as long as there remains a supporter and supporter for the truth, and as long as the falsehood has people, adulterers, corrupt, murderers, and devotees of laws, laws, arrogant and thieves, and the blood scenario may have happened again and again just as time after time. In the tents of the people of the house in Karbala, and the people of truth may have been killed with betrayal and the failure of the supporters, but injustice is an hour, and the right is until the Hour begins.
He continued by saying: “The reform process has stalled again and again despite the efforts of the benevolent and honorable in this country, through repeated and varied disabilities, and despite the legitimate demands of the people for change and reform through early elections and a government program that meets the citizen’s demands, including job opportunities and basic services that guarantee a decent living for him. We have taken it upon ourselves to go this way despite all the difficulties and challenges, through a set of measures that are at the core of our parliamentary duty, foremost of which are the essential legislation, firm oversight, and political action with the partners to reach an understanding on a serious and effective road map that takes the country out of a circle of progress. Real development and reform. ”
And he added: “The fools and the enemies of truth have tried to widen the gap created by the political circumstances between the people and the ruling class, and the machines of evil and discord through social media and paid media have multiplied the state of frustration and despair and exaggerated the problems to escalate the state of anger, and provide opportunities for rhetoric to escalate the state of anger, and provide opportunities for rhetoric to escalate the state of anger. Mysterious and terrifying options and scenarios that may lead to the unknown, waste the opportunity to find a realistic solution, and confuse the efforts of the sincere and rational people amidst the fabricated noise that the enemies of the people and the law are planning, who have tried to inflame discord, stabbing in the appearance, igniting national suspicion, and separating Hatred, traitors, intimidation and intimidation.
Al-Halbousi concluded by saying: “The time has come for us to go together for a better tomorrow for our generations. The people have come out calling for reform and demanding a free and dignified life, and today we hope in God and our confidence in our people’s will to express this circumstance, after all these sacrifices, to be victorious. And his companions. ” Ended 29 / A43