Optimistic about the success of Zarfi in forming the Iraqi government

Optimistic about the success of Zarfi in forming the Iraqi government 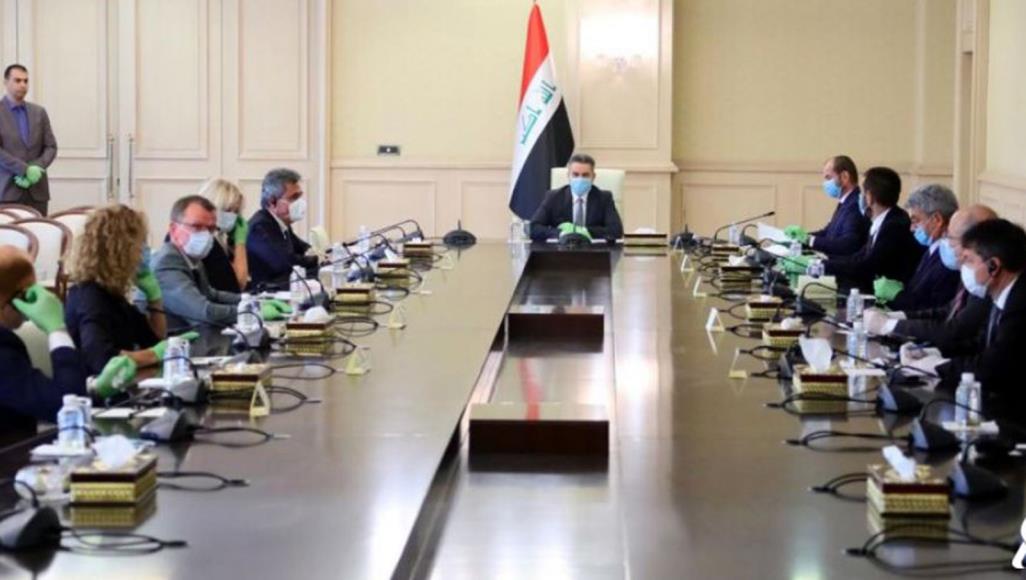 Baghdad – Mawazine News
, a member of the National Wisdom Parliamentary Union, Asaad Al-Murshidi, said that 50% of the deputies of the Shiite blocs in parliament do not mind assigning Adnan Al-Zarfi to form a new government. This comes despite the fact that the major political blocs are still on their position of refusing to vote for him.
Al-Murshidi suggested that the cabinet should be ready to vote in the House of Representatives in the next two weeks.
He explained that Al-Zarfi is currently discussing with the political forces and civil society organizations the formation of a government that enjoys the unanimity of the Iraqi street.
For his part, Mohammed Al-Ghazzi, deputy chairman of the Parliamentary Legal Committee, confirmed that the specified period for presenting Al-Zarfi his government formation and completing his dialogues remained 17 days, indicating that the atmosphere surrounding his assignment was better than that surrounding the former taxpayer, Mohammed Tawfiq Allawi.
He explained that Al-Zarfi should complete his consultations to form a government and present it to the parliament to obtain approval or rejection.
Al-Zarfi discussed today with the European Union ambassadors Corona’s implications for the movement of the economy and the global market.
A statement of Al-Zorfi’s media office stated that “the Prime Minister-designate reviewed the size of the risks facing Iraq and the countries of the region and the world in light of the fears caused by the spread of the epidemic, and the repercussions of it that paralyzed the global economy and market,” noting “the serious risks left by the decline in global oil prices” .
The statement continued that Al-Zarfi briefed the ambassadors on the paths of forming his government, stressing that his government’s priorities are to meet the demands of the peaceful movement to hold early free and fair elections, to address the possible financial and economic collapse, work to reduce the level of poverty in the country, restore civil peace, and extend the rule of law.
The Prime Minister-designate conducted in the previous days a series of contacts with the Iraqi forces, the ambassadors of the countries represented in the United Nations Security Council, and a number of Arab countries in the context of preparing for the formation of the new government.
A few days ago, Al-Zrafi revealed his priorities if his government formation succeeded in gaining the confidence of Parliament, and he said that he would seek to change the negative attitude of the world towards Iraq and hold the demonstrators accountable.
Al-Zarfi rejected
that, coinciding with the efforts of political blocs to present a new candidate for prime minister, and Al-Zarfi refused.
There are blocs in Parliament – a coalition of state law (26 seats in Parliament out of 329), the Al-Fateh coalition (48 seats), the National Contract Bloc (18 seats), and the National Approach (8 seats) – dialogues to agree to present a new candidate to the president The Republic instead of Zarfi, citing this as a mechanism of his choice, and as being against the constitution.
On the other hand, the victory coalition led by the former Iraqi Prime Minister Haider al-Abadi rejected the dialogues taking place to present an alternate candidate for al-Zarfi. Likewise, the Saeroun bloc (54 seats), which is loyal to the leader of the Sadrist movement, did not announce its final position on Zarfi.
And assigned the Iraqi President Barham Salih al-Zarfi on the 17th of this month to form a new government, after the former Prime Minister-designate Muhammad Tawfiq Allawi stepped down at the end of last month, after his failure to persuade the political blocs to support his cabinet and his government program.
The next government will succeed the government of Adel Abdul Mahdi, who resigned on the first of last December, under the pressure of continuous popular protests since the beginning of last October. Ended 29 / h