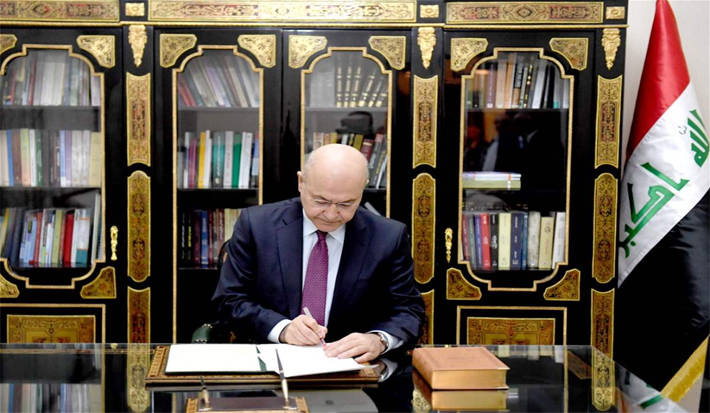 BAGHDAD – Mawazine News
awaits the Iraqi street within the next 72 hours, assigning a consensual figure to head the interim government, succeeding Muhammad Tawfiq Allawi, who has apologized for assigning the government because of pressure from political blocs.
It is expected that the Iraqi blocs and parties will enter during the next few hours a critical stage to nominate a candidate to form the new government to manage the country’s business temporarily and prepare the ground for early general elections, and the formation of a new government for the next four years, according to the electoral system in Iraq.
Well-informed political sources told Mawazine News that “President Barham Saleh will, within 72 hours, be assigned a consensual figure by the political blocs of the prime minister.”
The sources indicated that “the political blocs stressed the need to nominate a prime minister outside the framework of partisanship after the political process had failed for 16 years.”
And the Prime Minister-designate Muhammad Tawfiq Allawi presented earlier this month a letter of apology to the President of the Republic, Barham Salih, according to which he refuses to form the Iraqi government.
The announcement of the apology came after the Iraqi parliament again failed to resolve the issue of giving confidence to its government due to the lack of a quorum. Ended / 29 BC