Sadr on top of the results of the Iraqi elections, pledging not to disappoint voters

Sadr on top of the results of the Iraqi elections, pledging not to disappoint voters 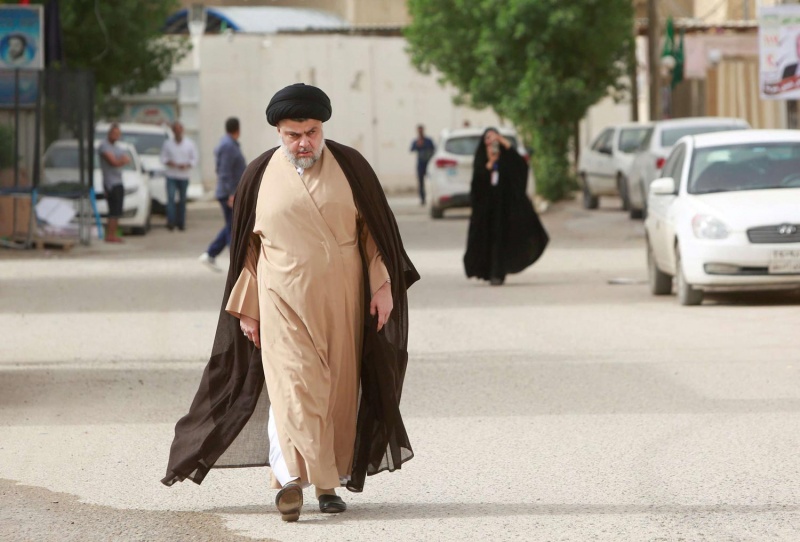 Sadr is an old opponent of the United States and has long opposed Iran’s influence in Iraq.

Sadr can not be prime minister because he did not run for office, but the victory of his bloc gives him a strong position in the negotiations to choose who will take office. Sadr’s bloc won 54 seats in parliament.

Al-Fateh bloc led by Hadi al-Amiri came in second place with 47 seats. Amiri, who has close ties to Iran, is leading an armed Shiite faction that has played a key role in defeating a militant organization.

Sadr’s victory is a surprise return of a cleric who has been marginalized for years by Iranian-backed adversaries. Sadr led two uprisings against US forces in Iraq.

Sadr’s performance is a rebuke to the political elite, which some voters blame for rampant corruption and disruptions.

Sadr’s coalition says it strongly opposes any foreign intervention in Iraq, which receives strong support from Tehran and Washington.

The coalition pledged to help the poor and build schools and hospitals after the country was hit by the war and also suffered from falling oil prices.

Before the elections, Iran publicly confirmed that it would not allow the Sadr bloc to rule Iraq.

“Reform is winning and corruption is receding.”

Winning the largest number of seats for Sadr does not guarantee the prime minister’s choice, as the other winning blocs must agree to the nomination.

In the 2010 elections, Vice President Iyad Allawi won the largest number of seats, albeit with a slight margin, but was barred from assuming the post of prime minister and blaming Tehran for that.

The election has been a blow to Abadi but he can still emerge as a consensus candidate acceptable to all parties because he skillfully ran the conflicting interests of the United States and Iran during his premiership.

Amiri is seen as one of the most powerful figures in Iraq and has spent 20 years battling Saddam Hussein from Iran.

Major General Qassim Soleimani, commander of Iran’s Revolutionary Guards’ external operations and influential figure in Iraq, is in talks with politicians in Baghdad to encourage them to form a new government with Iran’s approval. Negotiations are expected to continue for months.

The government must be formed within 90 days of the official announcement of results.