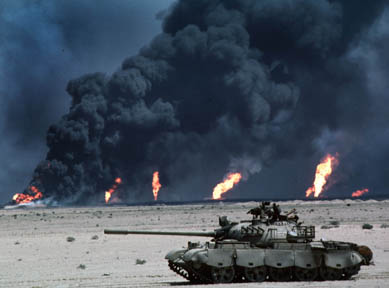 Political observers believe that the international community, and from the Gulf Arab countries, it is estimated the circumstances that Iraq is going through, and for the fierce war against al ‘Daash’, in addition to the decline in financial revenue because of the deterioration of oil prices, so the help is required and payable, but that it will not be easy and apply the same conditions for international intervention to support it militarily, and most importantly it must help himself, to allow others to help him.
Observers point out that Iraq, at a time when asked to postpone the payment of compensation to the internationally recognized Kuwait, amounting to $ 4.6 billion, owing to financial constraints, there are tens of billions of dollars have been squandered through shady deals, and administrative slouch.
And the presence of tens and perhaps hundreds of thousands of military personnel and civilians ghost, phantom giant projects, which does not implement anything which, while evaporated country’s budget in excess of $ 100 billion, without being approved by the House of Representatives, or one knows where it went.
Postponement of dues
Author specialist economic affairs, Saher Abdullah, says: Kuwait could agree to postpone the receipt of dues of compensation, but that is linked to the approval of the United Nations, approved by, the relevant receipt of funds, and such approval may be associated with conditions, declared or undeclared, It is the most important ‘to improve economic governance’, and perhaps it requires international oversight on it.
Iraq had to pay about 52.4 billion dollars to Kuwait through an annual allocation to the Compensation Fund has a five per cent of the crude oil exports to the United Nations.
He says the finance minister, Hoshyar Zebari, said: Iraq will ask Kuwait to postpone the payment of the last and largest payment of $ 4.6 billion of financial compensation, stressing that the war on Daash cost the state billions.
He adds that ‘the lack of liquidity forced Iraq to take such action’, and after that received the new government headed by Haider al-Abadi, an empty closet, and heavily indebted.
And stresses in this regard that the plan adopted in 2015 budget is the rationalization of expenditure and reduce costs and bridging the existing deficit, which reached 35 trillion dinars, while Baghdad would resort to impose sales taxes on the mobile phone, in addition to a host of other taxes to cover the deficit.
He continues that “the bulk of the budget goes to the military effort and the defensive effort of the country, have been allocated more than 23 per cent of the budget in 2015 for the security and defense ‘.
Mismanagement
Zebari acknowledges that ‘there are bad exchange or mismanagement, we first audited the alarm in the security establishment to carry out reforms, and we talked about ghost soldiers and become a matter of public opinion, and for the popular crowd has spent his more than $ 800 million in salaries, but this the money did not reach all concerned, there are complaints that large numbers of the popular crowd have not been paid.
Sees involved in economic affairs, that this is the first time that the Iraq declares its inability to pay compensation, since he was allowed to resume its oil sales for nearly two decades ago, where he pays money to a United Nations body that oversees compensation for damages resulting from the occupation of Kuwait.
But with the direction of the Iraqi economy is currently about deflation first time since the US invasion in 2003 and put an end to sanctions lasted 13 years, Iraq is facing difficulty in converting part of the 2015 budget for the last payment of compensation in the next year.
Baghdad and the need to gain international support for a wide postpone payment because its commitment to pay the funds provided for in Security Council resolutions.
According to sources, the Foreign Ministry to that next week will see some frantic diplomatic activity between Baghdad and Kuwait, Geneva and New York to make a joint request to delay the payment, or two years, to give Iraq an outlet.
No decision

A senior official at the United Nations Compensation Commission in Geneva, said no decision yet on the postponement of the payment of the last installment of the Iraqi reparations to Kuwait, and that any change would require the approval of the Management Committee, which includes the 15 member states of the UN Security Council.