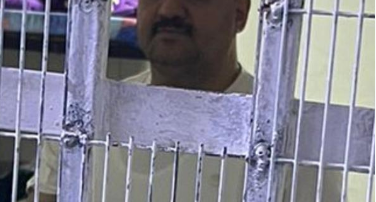 Shafaq News/ Today, Tuesday, the Iraqi security authorities handed over the so-called “Nour Zuhair”, one of the main wanted persons in the investigation of stealing tax security funds, to the Federal Integrity Commission, while the former Parliamentary Finance Committee Chairman Haitham al-Jubouri was released on bail.

In a statement received by Shafaq News Agency, Iraqi Interior Minister Othman Al-Ghanimi said that “the accused (Noor Zuhair Jassim) was handed over to the Integrity Commission to take the necessary measures against him in accordance with the law.”

Al-Ghanimi added, “Our ministry is the real bond and the strong arm for implementing the law.”

For his part, a security source reported the release of former MP Haitham Al-Jubouri on a financial bail of 25 million dinars.

Earlier today, a member of the Parliamentary Integrity Committee, Abdul Rahim Al-Shammari, revealed the implementation of a “recruitment order” against the “accused Haitham Al-Jubouri”, the current advisor to the Prime Minister and a former member of the House of Representatives before the court.

And yesterday, Monday, a security force prevented “Noor Zuhair”, the director of the “Al-Qant” company involved in stealing the tax department insurance funds, from boarding the plane at Baghdad Airport.

According to a security source, the measure was a travel ban only, and he was not arrested due to the lack of a judicial warrant to arrest him.

Meanwhile; The Iraqi Minister of Interior, Othman Al-Ghanimi, confirmed the arrest of the director of Al-Qant Company at Baghdad Airport.