What if the employee pay scale became in dollars?

What if the employee pay scale became in dollars? 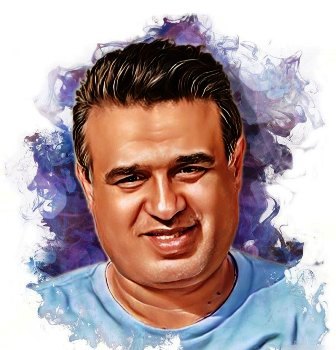 Assad Abdullah Abd Ali ||
It cannot be denied that the Iraqi people are in a stifling economic crisis, this is the reality of the situation since the Embassy of the Great Satan decided to raise the exchange rate of the dollar in Iraq, with the aim of restricting the Iranian Republic, which depends on trade with Iraq! If the value of the Iraqi dinar is devalued, Iran will also be affected, so the American order was strict in raising the dollar exchange rate and there is no turning back from it, but the effects of this ugly step are very dangerous not only for Iran! Rather, on the low-income and poor in Iraqi society, where everyone suffers from high prices with the increase in prices, especially for food and pharmaceutical commodities, and on the one hand the increasing daily obligations of citizens, and everyone is in severe distress reminiscent of the days of the economic siege, those days that crushed the Iraqi people, because of Saddam’s madness And his inability to run the country securely.

Here we are between the past of the economic blockade and a very ugly and ugly present, after raising the dollar exchange rate! Is it destined for us to live a stressful and tiring life, until our days are over and we leave?

This prompted me to think of a magic solution, to save the employees, the low-income class, from the ordeal, which is now under pressure due to the failed management of the country.

The solution to save the employee class from government manipulation of the dollar exchange rate for political reasons, is that the salary scale is determined in dollars and not in Iraqi dinars, so the calculation of all salary allocations is in dollars, then after calculating the monthly deductions, so that we obtain the net monthly salary of the employee, then we equate the salary in Iraqi dinars In return for what is calculated for him in dollars according to the salary scale, and the exchange is according to the exchange rate in the central bank, and thus the citizen will not be negatively affected by politicians’ manipulation of the dollar exchange rate.

An idea with which great justice can be achieved, and the plight of the low-income and all the crises they live in because of a rotten political group, whose only concern is to earn money, whatever happens to the people and the country, will be achieved.

• The importance of seeking to resolve the crisis

It is not possible to ignore what influential parties do by manipulating the dollar in order to obtain large profits, or for political pressure, which means that the next will be full of unpleasant surprises for the low-income, so work must be done to activate the solution to save this large segment, and the guarantor for this is through calculating the salary scale In dollars, then the employee will be safe from any manipulation by the corrupt parties in the exchange rate of the dollar, and I think that the media and political parties seeking to achieve justice should make it a slogan for real change and reform, and this solution does not eliminate the importance of the Iraqi dinar or its pride, but for the calculation to be on the most currency stability, which by adopting it basically will make the employee immune from any price earthquake

It is an invitation to multiple parties, including:

1- An invitation to the brothers of writers, owners of honorable pens, to adopt this project, which achieves a lot of justice.

2- An invitation to economists to provide detailed research on making the dollar an alternative in calculating the salaries of employees, provided that the payment of salaries is in Iraqi dinars.

3- An invitation to the political blocs that claim to defend the right of the Iraqi people, making this solution a slogan for them in the next stage.

4- An invitation to satellite channels to shed light on such a step, and how it can change reality for the better, and protect low-income people from the whips of rulers.

5- An invitation to parliamentarians to adopt this project because of its great justice.

6- Inviting the new government to adopt the project because of its great justice.