Raising the value of the Iraqi dinar, is it in the interest of the current government?!

Raising the value of the Iraqi dinar, is it in the interest of the current government?! 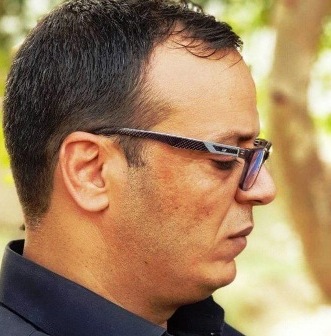 The process was a timely solution to fill the deficit in financing government expenditures, in particular paying the salaries of state employees as a result of the drop in global oil prices, knowing that 70% of government expenditures are operating expenses and 60% of operating expenditures are salaries for employees and retirees, and therefore the past government proposed to solve this problem In the reform white paper, which contains positive matters, among those matters are two important points:

1 – Maximizing non-oil revenues, which are taxes, customs, fees, corporate profits, gifts and subsidies, but the same government carried out the largest theft operation in Iraq in the tax department.

2 – The other issue is reducing public spending, especially operational spending, which goes mostly to salaries, by stopping appointments except in two ministries (according to the 2021 budget law) and slimming ministries and departments by canceling the degrees of those who are retired, dies or transferred, and this point was also violated. The government appointed large quantities and in the last two days from a government, which is a caretaker government.

Here we ask and say, is it good to return the old exchange rate to the dollar?

1 – From the government side: the re-exchange of the dollar at the old rate has two interpretations

First: restoring the old exchange rate means reducing the value of prices in the market and thus helping the poor citizen indirectly, and this means increasing the popularity of the current government because it took an approach contrary to the previous government, which narrowed the citizen. On the other hand, the amount allocated for public spending will increase by 7 to 10 billion, which can be used for investment spending and the development of the state.

Second: Maintaining the exchange rate means that the amount of spending is less and the amount of the fiscal surplus is more, especially at the current oil prices. Just as the current government is required to carry out reforms and is facing very big challenges in all sectors, including electricity, industry, and agriculture. The amount that can be spent on public spending in If the exchange rate is reduced, it can be used to establish electricity projects and it can solve a large part of at least 50% of the generation deficit of more than 10,000 megawatts.

2- On the part of the citizen: Usually the citizen does not know the secrets of the great challenges facing the government in providing salaries or establishing projects, which are also in direct contact with the market, especially the materials that enter into his daily life such as rice, oil and sugar, and this means that the reduction is on the citizen’s side.

In conclusion, the reduction is in the interest of the government, because this will reduce spending and increase the surplus. As for restoring the exchange rate to the old rate, it is in the interest of the citizen because prices will be greatly reduced. But in my opinion, the middle solution is to be the middle between the two, that is, the exchange rate is reduced to 1350 dinars per dollar, and thus the places are satisfied by reducing prices, and the government has preserved a large part of the revenues that can be used in development and strategic projects.