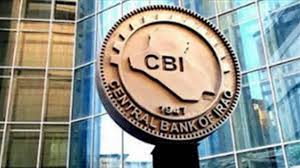 Shafaq News/ The Central Bank of Iraq considered, on Sunday, that positive results were achieved from the exchange rate of the US dollar against the dinar, warning of an “economic stagnation” in the event of its repeated change within short times without studying.

An authorized source in the Central Bank of Iraq issued a statement this evening, which was reported to Shafak News Agency, that the current exchange rate has achieved many positive results, the most prominent of which was reducing the state budget deficit to achieving a surplus at the end of 2021, and giving local producers and investors an important competitive advantage. With imported goods.

The source said that the repetition of changing the exchange rate within short times without a study from the concerned authorities leads to an economic recession, confuses the work of local markets, increases speculation on foreign currency, and squanders the gains made by the current exchange rate.

The source stressed that despite the rise in global oil prices of an unstable nature, there is no connection between this rise and the objectives and results of changing the exchange rate, indicating that the current rise in oil prices will enable the Iraqi government to rebuild the Iraqi economy correctly, and build financial buffers. Sufficient to face any future fluctuations in international oil prices.

On the other hand, the Governor of the Central Bank of Iraq, Mustafa Ghaleb Mokhif, praised the results of his meeting with members of Parliament yesterday, Saturday.

In a separate statement to the Central Bank, which was received by Shafak News Agency, the Governor of the Bank provided a full explanation of the Central Bank’s tasks, the mechanisms for buying and selling foreign currency, and the supervision of the banking sector.

The governor also presented, according to the statement, the justifications that necessitated the adjustment of the foreign currency exchange rate and the results that have been achieved and will be achieved in the medium and long term, indicating that the Central Bank is studying the issue of the exchange rate from its various aspects, and public financial institutions must perform their tasks in a complete manner to achieve all the objectives of the decision.

Earlier today, Sunday, the owners of banking offices in Baghdad demanded that the Central Bank determine its position on the process of changing the price of the dollar.

The exchange rates of the dollar (yesterday and today) witnessed a continuous decline amid political statements calling for the reduction of dollar prices with the improvement and rise in oil prices, and the owners of exchange offices worked hard in selling the dollar and the lack of clarity about the government’s direction to reduce the dollar price or not.

And yesterday, Saturday, the Iraqi Council of Representatives held a meeting headed by Hakim Al-Zamili, the first deputy speaker of the Council, to discuss the reality of the dollar exchange rate against the local currency.

The Governor of the Central Bank, Mustafa Ghaleb Mokhif, his deputy and a number of officials in the bank attended the meeting, while Finance Minister Ali Allawi and his ministry boycotted the meeting.

In his speech during the start of the meeting, Al-Zamili promised the Minister of Finance to question him under the dome of Parliament, and to issue a decision banning him from traveling outside Iraq.

It is noteworthy that the Central Bank of Iraq, on December 19, 2020, officially announced the amendment of the foreign exchange rate (the US dollar) to be 145,000 dinars for every $100, according to the state’s general budget for the year 2021 approved by the House of Representatives.

As a result, according to specialists, the annual inflation in Iraq rose significantly, so that the prices of all materials and commodities in the Iraqi market rose significantly, which sparked a wave of strong resentment among the popular circles, as well as the objections of some interested in economic affairs.