Urgent parliamentary request to the government regarding the dollar exchange rate

Urgent parliamentary request to the government regarding the dollar exchange rate 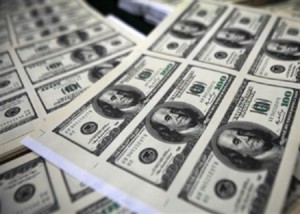 Today, Friday, a member of the House of Representatives, Hammam Al-Tamimi, called on the government to reduce the value of the dollar and raise the Iraqi dinar, without referring to Parliament.

Al-Tamimi said in a press statement, “Determining the exchange rate of the dinar against the dollar is exclusively the prerogative of the government,” calling on it to “reduce the exchange rate, especially after the rise in oil prices.”

He added, “The rise in the exchange rate negatively and directly affected citizens with limited income.”

And the Central Bank of Iraq decided in December 2020, to raise the price of selling the dollar to banks and exchange companies to 1460 dinars, from 1182 dinars to the dollar, with the aim of compensating for the decline in oil revenues caused by the deterioration in oil prices, which caused an increase in the price of the dollar and a decrease in the value of the Iraqi dinar in a decrease in purchasing power to citizens.

The Central Bank of Iraq attributed the reasons for the devaluation of the dinar at the time to what it described as structural distortions in the Iraqi economy that impoverished public finances and restricted the reform capacity sought by the government and the Ministry of Finance.