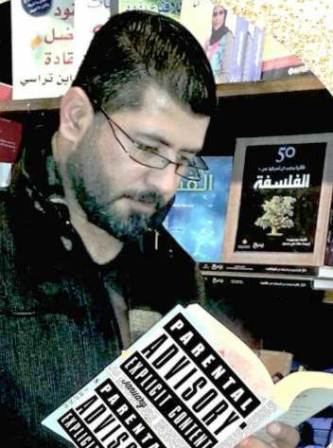 Bahaa Khazali || The scenario prepared for Iraq with the acceleration of events in recent times is the process of pushing Iraq towards partition through two tracks…. The first is economic: the impoverishment of the southern governorates according to the plan adopted by the government of Prime Minister Mustafa Al-Kazemi. The second is security and military: the push towards Shiite-Shiite fighting. With both tracks, we are moving forward towards one result, which is the partition of Iraq. * The first track (impoverishment and starvation): According to this path, Al-Kazemi’s government deliberately holds economic projects for the southern governorates devoid of any feasibility study. Rather, the feasibility of it is to transfer the resources of the south to the blood type (O+), the general donor to the poor countries of the region and to the Kurdistan region, an example of this is the agreement (Iraq, Egypt, Jordan), and it refuses Any real project to invest the resources of the south perfectly and be replaced by a fake project such as the school building project that the Al-Kazemi government signed with a Chinese company instead of a group of infrastructure projects and the port of Faw that was supposed to be signed with a Chinese group of companies. These procedures are accompanied by the emergence of two currents, the first supporting Al-Kazemi working to provoke the discontented southern public from confiscating its resources to others, to create a kind of dissatisfaction with the Shiite official and over time this turns into a lack of confidence in the ability of the Shiite politician to run the country, and the other current is the disgruntled public that has lost confidence in its representatives. He resorts to creating a public opinion of the need to go to a Shiite region to benefit from its resources. Such as the Basra region, which makes this a justification for the Sunnis to demand the Anbar region, as well as a justification for the Kurds to demand secession in the Kurdistan region, thus achieving Biden’s vision of dividing Iraq into three states, the first Sunni, the second Shiite, and the third Kurdish. * The second track: It has two scenarios. The first scenario: is to push the Shiites to a Shiite Shiite fight, and if that happens, it is used to support one party over another and eliminate it, then the victorious party is liquidated and the rule is returned to a new dictatorial regime subject to the military institution, and the first oppressed in that country will be They are the Shiites, which leads to returning Iraq to Chapter VII, and then the crisis ends with a decision to partition through the United Nations. The second scenario: is to export the idea of ​​Shiite-Shiite fighting and rely on the political behavior of the prudent party of the Shiites not to go to that fighting. Which forces that party to make concessions to the other Shiite party, which in turn will continue to pressure until it reaches the stage of forming a government according to its premises, and implements a pre-prepared program, which is to allow the Sunnis to form their own Sunni region, as well as granting the Kurds an independent region, and since it is he who confronts the government, he will be the one who leads Shiite region and thus the division process. * The data: • The owner of the project to divide Iraq into regions based on sectarianism at the present time is the same US President Joe Biden. • The approval of Congress, by a majority of its members, whether Republicans or Democrats, on the decision to divide Iraq. • Waving the project of the return of ISIS with the demands of Sunni politicians to arm the tribal residents in the Sunni regions and to address any agreed terrorist exposure that may be a justification for the formation of a Sunni force corresponding to the Popular Mobilization, to purge the occupied lands by agreement, which gives them a legitimate argument that they are the protectors of the land and they have the right to self-determination and there is no need The presence of the popular crowd in their provinces. The movement moved to impose its control over the southern governorates by changing the governors. The support agreed upon between the Sunnis and the Kurds for the Sadrist bloc, and the Sadrist bloc’s exaggerated welcome for that support. * Conclusion: According to these data, we may witness the implementation of Biden’s project by dividing Iraq into three regions….. 1- Sunni led by al-Halbousi. 2- Kurdish led by Barzani. 3- A Shiite led by the Sadrist bloc.