An informed source: The coordination framework will win, whether the judiciary decides on the legality of the session or not

An informed source: The coordination framework will win, whether the judiciary decides on the legality of the session or not 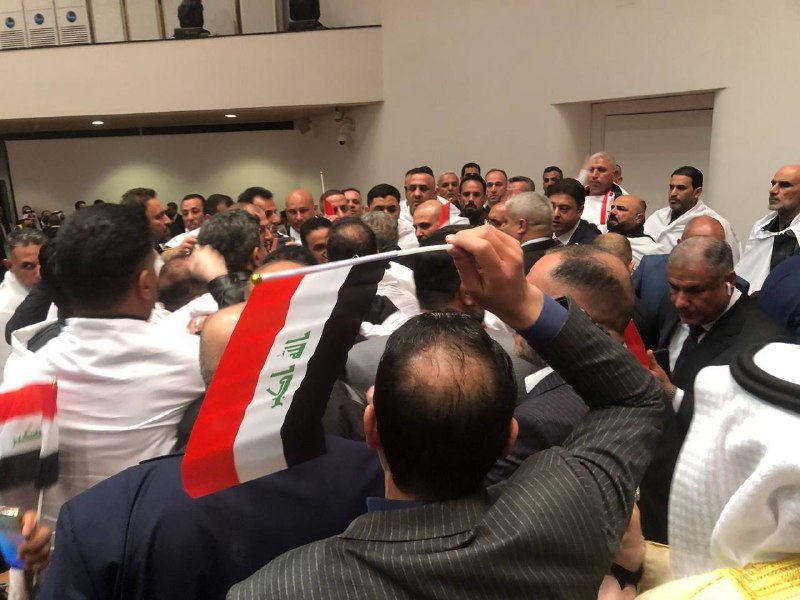 An informed source said today that the coordinating framework will be victorious, whether the Federal Court said the constitutionality of the first session of the House of Representatives after the age of President Mahmoud al-Mashhadani was attacked by members of the Sadrist bloc or did not say its constitutionality

The source explained that the Federal Court said the constitutionality of the session, then the coordinating framework will be the largest bloc, which will bring the President of the Republic out of his cloak, and he will choose the Prime Minister!

The coordinating framework had issued a statement about the chaos and assault on the head of the age, Mahmoud al-Mashhadani, by the representatives of the Sadrist bloc.

In it, he said, “We have followed, during the past weeks, all sincere attempts to prevent reaching a political blockage and deepening the social and political crisis resulting from manipulating the results of the elections, and after we have made all concessions in the service of the public interest and community peace, leading to setting a date for the first session of Parliament by the President of the Republic.”

The statement added, “We have tried hard to prevent things from slipping into this retrenchment that we saw today, which warns of great danger. Our condemnation of what happened today was an attack on the head of the parliament and causing chaos in the parliament session, which prompted the president of the age to request the suspension of the session for legal scrutiny by not submitting a list of appeal.” Legal with the nomination controls, but the attack on him made him lose the ability to withstand and was transferred as a result of his injury to the hospital. Unfortunately, some blocs continued the procedures of the session without any legal basis.

The statement stressed that we have registered the most numerous parliamentary bloc in accordance with the constitutional procedures, and we will address this irresponsible exclusivity in the political decision and prevent the country from being taken into the unknown.