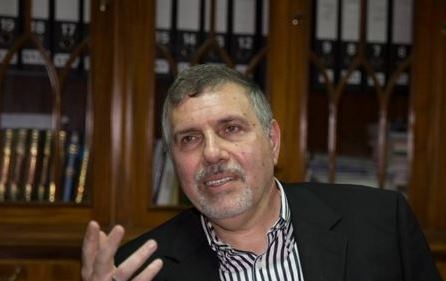 Muhammad Tawfiq Allawi, and we say: Even if the next government is far from corruption, it will not be able to save the country from a very dangerous future; So, what is the way to save the country, advance it, and lead it to the shore of good, prosperity and prosperity?

During the past eighteen years, we only needed a government of honest and efficient ministers, away from quotas and thefts and without economic committees and offices. This alone was enough to advance the country and eliminate corruption, poverty and unemployment and provide security and prosperity for the citizens……… But now even if such a government was formed Far from corruption, and even if all its ministers are competent and loyal, and even if they do not steal a single dinar, we are entering a very difficult and dangerous stage. Now to avoid this dangerous future……

And we say above all that if we achieve this required planning, we will not only save the country, but will we be able to be in the ranks of the most advanced countries in the region and achieve prosperity and a luxurious life for this people?

Here we ask: What is this required planning???

Before answering, we return to the main topic. In this case, you will ask: Why can we face a dangerous future?? The answer, in short, is our rentier economy and our almost complete dependence on oil; During the last three years, oil reached its lowest level of less than 20 dollars per barrel, and during this period it rose to more than 80 dollars per barrel, and today its price ranges between the sixties and the seventies…… Here the following question arises: Why is the price of oil rising and why is it declining?

Oil is starting to be less needed globally due to the trend towards clean energy, in addition to the Corona problem, so the oil price collapsed…..but OPEC +, in order to maintain the oil price, reduced production by 20%, so the price increased to $80, but production was 20% lower (the resources did not increase by price increase)
The great danger is in the future. Almost certain expectations refer to stopping the manufacture of cars and other means of transportation that run on fossil fuels in 2030, and this means that the consumption of fuel in the world will be a third of what it is now in 2030, but it will gradually decrease, meaning that after four years, the resources will be reduced. The country so that the country’s resources are not enough to cover half the pensions, and we will then have to reduce another dinar so that each dollar will be equivalent to 3000 dinars, this is of course if the price of a barrel of oil remains between 60-80 dollars, but if it drops more than this, we may have to reduce the dinar so that Each dollar is equivalent to 4000-6000 dinars, this reduction will not be optional, but obligatory. …… The situation will worsen over the years, and the worst situation the country will face will be in 2030 when the need arisesGlobal oil is a third of what it is now and we will have to reduce the value of the dinar to unpredictable levels with the steady increase of the population and the labor force in Iraq during this decade……..

But before we go into this topic, I want to emphasize the fact that this matter is not my responsibility, nor the responsibility of any citizen who does not have executive authority, but the responsibility of the current and future Prime Minister and all officials, including ministers, representatives, and former and current advisors, and here I want to ask?? …and we want to know?? ….. what is their job?? They ruled the country for 18 years and this situation that we mention is known to any person who has knowledge of the economy,…… Why does a person accept himself to be prime minister or to be a minister??? Is he in order to brag about himself, so that they may call him the State of the President….. I address my words to many of the political class: If you do not think as people responsible for 45 million people, you must, as soon as possible, abdicate the rule, because because of your ignorance, the country will collapse and about 45 million Iraqis will suffer from deprivation. Poverty and hunger after a few years, and I tell you that the people will curse you and history will curse you, and you will be a stain on the history of Iraq, just as Saddam was before you…….

We return again to our subject if we take a country like Dubai as an example for comparison, as it is the country that has achieved the fastest development and prosperity among the countries of the region. With a simple comparison, we discover that Iraq possesses many of the ingredients that Dubai lacks, and I can summarize them with five ingredients and characteristics:
1. At the time it imports Dubai has a lot of specialists such as engineers and others, Iraq has a surplus of them and many are unemployed.
2. Energy is abundantly available in Iraq, particularly the oil and gas that Dubai imports from Abu Dhabi.
3. Availability of the consumer market, as the population of Iraq exceeded 45 million people BC, while the population of Dubai was two and a quarter million with the arrivals
4. In Iraq there are great resources and two great rivers and minerals such as phosphate, sulfur, copper, iron and others,
5. In Iraq there is an environmental diversity between green plains, mountains, marshes and others.
With all these advantages of Iraq, which the Emirate of Dubai lacks, but we find that Dubai is the first country in the Middle East in terms of the speed of development, growth, progress and prosperity, and the availability of wide investment fields. ..

What is meant by the missing investment environment in Iraq?? They are three things:

We want to be realistic and practical and not talk about theories… How can these three things be achieved??

We cannot eradicate corruption with a magic wand day and night, but within the current situation in Iraq, an acceptable degree of integrity can be achieved by restructuring the Investment Commission, removing the corrupt, installing people of known integrity, and giving them absolute executive powers so that investment licenses can be guaranteed within a period of time between Two to four weeks without paying any bribes and without any corruption, and not as is our current situation, where the investment leave takes between one and a half to three years, with huge amounts of bribes and commissions paid…..

As for providing security, it can be achieved at an acceptable rate by allocating areas for investment with a high degree of safety, such as choosing areas close to international airports, such as Baghdad airport, Basra and Mosul airports, and others, and providing fortified industrial cities. In the country in the near future, God willing….

As for the laws and instructions obstructing investment, if there is a real intention, coordination can take place between the government and the parliament to make the appropriate amendments, as happened in the agreement between me and Mr. Far from corruption and was serious in the advancement of the country….

I assure that if we provide an investment environment and feasibility studies by specialized international companies for the projects we want to accomplish, we can bring hundreds of billions of dollars and we do not need grants, and we do not need donor conferences because providing funds is the simple part of the equation if the investment environment and feasibility studies are available as well. We mentioned, within two years, we can complete thousands of industrial projects with interest according to the global LIBOR index, which does not exceed 2%, while the profits of factories in the third world, such as Iraq, range between 15-20% and provide job opportunities for millions of young people and achieve an income for the country that exceeds oil income, and do not forget What we mentioned previously of the agreement with China in the Belt and Silk Road Initiative and what it can achieve in terms of building infrastructure, the Faw port, dual railways, establishing airports, housing projects, even industrial projects and other projects like most of the developed countries of the world. We are not inferior to them, but on the condition that it address To run the country people at the levelresponsibility and not like most of the political group who ruled the country during the past eighteen years….