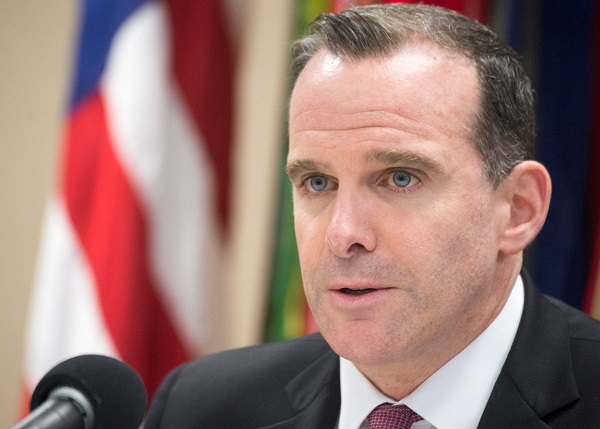 A political source revealed, on Tuesday, the existence of American interventions by the envoy of the American President Brett McGurk regarding the nomination of the President of the Republic for the next session.

The source said that “McGurk, during his visit to the Kurdistan region, held meetings with the leaders of the Patriotic Union in Sulaymaniyah and will hold other meetings in Erbil with the leadership of the Democratic Party.”

He added that “McGurk wants to impose the wills on the political leaders to determine the personality of the president of the republic and in proportion to the directions of American politics, and is also working to convince the various parties, especially the Kurdish Democratic and National Union parties, of the personality whose candidacy for the presidency of the republic will be agreed upon.”

McGurk visited the city of Sulaymaniyah yesterday and met the Deputy Prime Minister of the provincial government Qubad Talabani.