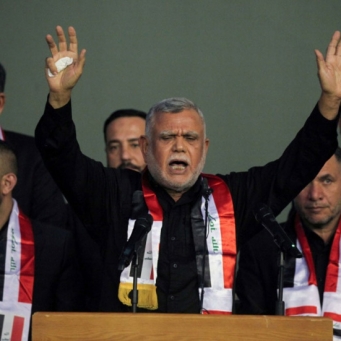 The Federal Supreme Court of Iraq has again postponed consideration of a lawsuit filed by the “Al-Fateh” coalition, the political front representing the militias loyal to Iran, to annul the results of the legislative elections that took place on the tenth of last October.

The repeated delay in resolving the issue of the elections raises discrepancies between the political forces in Iraq. While the Al-Fateh Alliance believes that it is necessary not to rush to issue judgments before completing consideration of all the details of the electoral process and the evidence it provided regarding allegations of fraud, the Sadrist movement is considered the winner in the merit that The delay of the Federal Court in issuing its decision is in the context of deepening the crisis.

Observers believe that these discrepancies regarding the position of the Federal Court are self-evident, as the Al-Fateh coalition, which filed the lawsuit, considers that it is in its interest not to issue a judicial decision in the current circumstance, due to the ripening of the arrangements being discussed behind the scenes regarding his presence in the upcoming political scene, and he is trying to exploit this margin of time. To attract more forces to strengthen his negotiating cards, and to maintain a state of pressure on the winning forces.

On the other hand, the Sadrist movement, which topped the electoral scene with 73 seats, finds that prolonging the court’s decision on the electoral issues before it will restrain its moves in building a broad coalition through which it can impose its agenda based on forming a majority government, especially since some major powers (Sunni and Kurdish) do not Want to resolve its position on the alliances until the issuance of the judicial decision.

Muhammad Mahdi al-Bayati: The court’s acceleration of resolving the election issue will serve a certain party

The Al-Fateh Alliance, which suffered a severe electoral loss in the entitlement, filed a case a few weeks ago before the Federal Court to cancel the election results announced by the High Commission, claiming that it possessed evidence of massive fraud.

Judge Jassim Muhammad Aboud said at the conclusion of Monday’s session, “The court decided to postpone the date of the pleading to the twenty-second of December for the purpose of allowing the plaintiff’s agents to present their last pleas,” and for the court to complete the consideration of the case “in accordance with what was stated in the regulations presented at this session.”

This is the second time that the court has postponed hearing the case.

Lawyer Muhammad Majid Al-Saadi, representative of the parties submitting the complaint, confirmed that the aim of the lawsuit is to “cancel the election results.” Al-Saadi explained, “It became clear that there were very serious and major violations that would cause a change in the general result” after reviewing the summaries of expert reports requested by the Electoral Commission.

Observers believe that the plaintiffs’ lawyers deliberately prolonged the case, and the purpose of this may also be to wait for clarity of vision on what will lead to the indirect US-Iranian negotiations in Vienna, in the hope that it will include a new deal that includes maintaining the current balances in Iraq.

The leader of the Al-Fateh Alliance, Muhammad Mahdi Al-Bayati, had earlier suggested that the court would postpone its decision on the lawsuit.

In statements to local media, Al-Bayati considered that “many papers submitted to the Federal Court regarding the elections cannot be considered within a few days.” He believed that the court speeding up the decision in the case would serve a certain party, in what seemed to be a reference to the Sadrist movement.

Thumbnail
The Federal Court should resolve complaints before it ratifies the final results of the elections so that the new parliament can convene, and to launch negotiations to agree on the three presidencies (the government, parliament and the presidency).

Officials in the Al-Fateh Alliance had presented, in a recent press conference, an explanation of the points on which they base their call regarding the results, noting that there were malfunctions in the electronic voting.

They said that the electronic fingerprints of some voters were not read, and they also wondered about the reasons for bringing in a new electronic device called “C1000″ days before the elections and the failures that occurred in its use.

In addition to the Al-Fateh coalition, other parties have also submitted complaints to the Federal Court to object to the results.

In November, the United Nations Special Envoy to Iraq, Jenin Plasschaert, defended the work of the Electoral Commission, saying that there were no indications of “systematic fraud.”

During a meeting a few days ago with the leader of the Sadrist movement, Muqtada al-Sadr, the envoy reiterated the integrity of the electoral process, stressing that the postponement of the Federal Court to resolve the results of the entitlement is “inappropriate.”