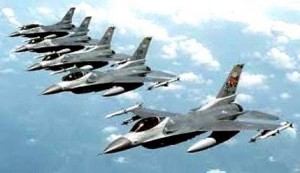 The American Intercept website said, on Saturday, that the Saudi Crown Prince, Mohammed bin Salman, is trying to “revenge” the Democrats in general and US President Joe Biden in particular, by raising oil prices and increasing global inflation rates.
The site said; That, “Bin Salman is taking this step because of the recent positions of the Democratic Party and Biden towards the kingdom.”
The website compared “the positions of Saudi Arabia during the two terms of former US President Donald Trump and the current Joe Biden,” noting that “Riyadh complied with Trump’s request in 2018 when he called on it at the time to reduce oil prices by increasing production.”
On the other hand, Riyadh ignored Biden’s request, who “called last August for OPEC to increase production again after the price hike.”
Biden also linked, in statements to CNN, the American network, last month, the rise in fuel prices in global markets in Saudi Arabia and the lack of supply from OPEC countries, as well as with “many people in the Middle East” who want to talk to him, but he rules out talking with them.
Biden did not specify who he said wanted to talk “in the Middle East”, but he stressed since taking power that he “will not communicate with Saudi Crown Prince Mohammed bin Salman, and will only communicate with King Salman bin Abdulaziz,” according to the American network.
The “Intercept” report indicated that “Bin Salman refuses to comply with Biden’s calls regarding oil prices, because he has not had a meeting with Biden so far.”
The report cites a tweet published in October by the Saudi writer and commentator Ali Al-Shihabi, who is close to bin Salman, according to the site, in which he said: that ”
The report quotes Quincy Institute executive vice president, Trita Parsi, as saying; “The move by Mohammed bin Salman is aimed at strengthening the republicans, whom the crown prince considers a more reliable ally.”
Biden takes a tougher stance than his predecessor, Donald Trump, toward Riyadh over its human rights record and the Yemen war.
At the beginning of this year, the Biden administration issued a report to the American intelligence, “He pointed the finger at Mohammed bin Salman in the killing of Saudi journalist Jamal Khashoggi in 2018, but avoided any direct punishment.” Ended 29/b 88