Iraq’s external debt has fallen to $20 billion, and the next year will be without financial hardship

Iraq’s external debt has fallen to $20 billion, and the next year will be without financial hardship 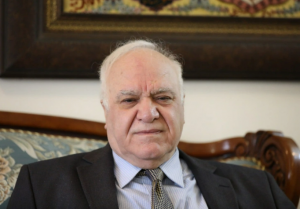 Mazhar Muhammad Salih, Advisor to the Prime Minister of Iraq for Financial Affairs, confirmed the decrease in his country’s external public debt to $20 billion, indicating that the year 2022 will be free of financial hardships and financing restrictions.

Saleh explained – in a statement to the Iraqi News Agency (INA) – that “the general budget bears the debt extinguishing services and according to the timings set,” noting that the internal debt is still the largest at the present time, and exceeds the external debt 3 times, but it remains confined to a framework The government financial system is not relevant to the public.

He added that Iraq is in recovery and “will inevitably live in 2022 without financial hardships or financing restrictions caused by a lack of revenues,” due to the recovery of the energy market and the boom in oil demand, as well as the increase in the proceeds of Iraq’s oil production by 400,000 barrels per day, indicating that this addition On the current total oil production, it will generate an annual additional revenue estimated at about 17 trillion Iraqi dinars (11 billion dollars) if the average price of a barrel of oil reaches 75 dollars.

He pointed out that Iraq’s economic recovery depends on the total spending ceilings in the budget, and if it is assumed that the spending ceiling in the 2022 budget is the same in 2021 and that the average price of a barrel of oil achieved throughout the year is not less than $ 75, then oil revenues will alone cover the total expenses in The budget and achieve something from the surplus availability of other non-oil revenues.

He added that this means that for the first time there will be a budget that achieves a financial surplus without the need to borrow, and if borrowing is achieved, it does not exceed 3% of the gross domestic product, which is stipulated in the financial management law in force due to ongoing construction projects linked to financing with international loans.

In a statement last April, Saleh had announced that Iraq’s foreign debt had reached $23 billion as a result of the war on the Islamic State and the establishment of development projects with external funding.