What charge awaits Al-Kazemi if he is proven to be lying about the assassination? legal clarifies

What charge awaits Al-Kazemi if he is proven to be lying about the assassination? legal clarifies 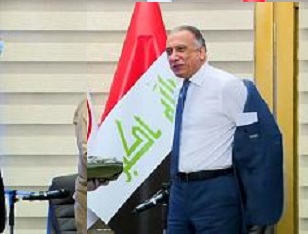 Legal expert Sadiq Al-Jabri revealed, on Thursday, that “Al-Kazemi’s talk about the scheme to target him will lead him to prison if it is proven that he is a liar.”

Al-Jabri said, in a statement to / the information /, that “Al-Kazemi put himself in the accusation box and that the provisions of the anti-terrorism law will be his opponent if it is proven with evidence that the bombing of his house was fabricated and that it was not real because he promoted in one way or another schemes that make it easier for terrorists to target the center of the Iraqi state.” “.

He pointed out that “information crimes, too, will be among the laws that include Al-Kazemi with their tightness, as he promoted baseless terrorist information, and he may have revealed weaknesses or loopholes that will initiate terrorism targeting Baghdad and the security of Al-Khadra.”

He pointed out that “a figure such as the Prime Minister is subjected to an assassination operation and does not suffer any harm, compared to the scenes broadcast at the same moment about the splitting of the wall and the destruction of the armored wheel is doubtful, and the news that was issued about the operation will affect him in the future and may take him out of the political process to prison.” .