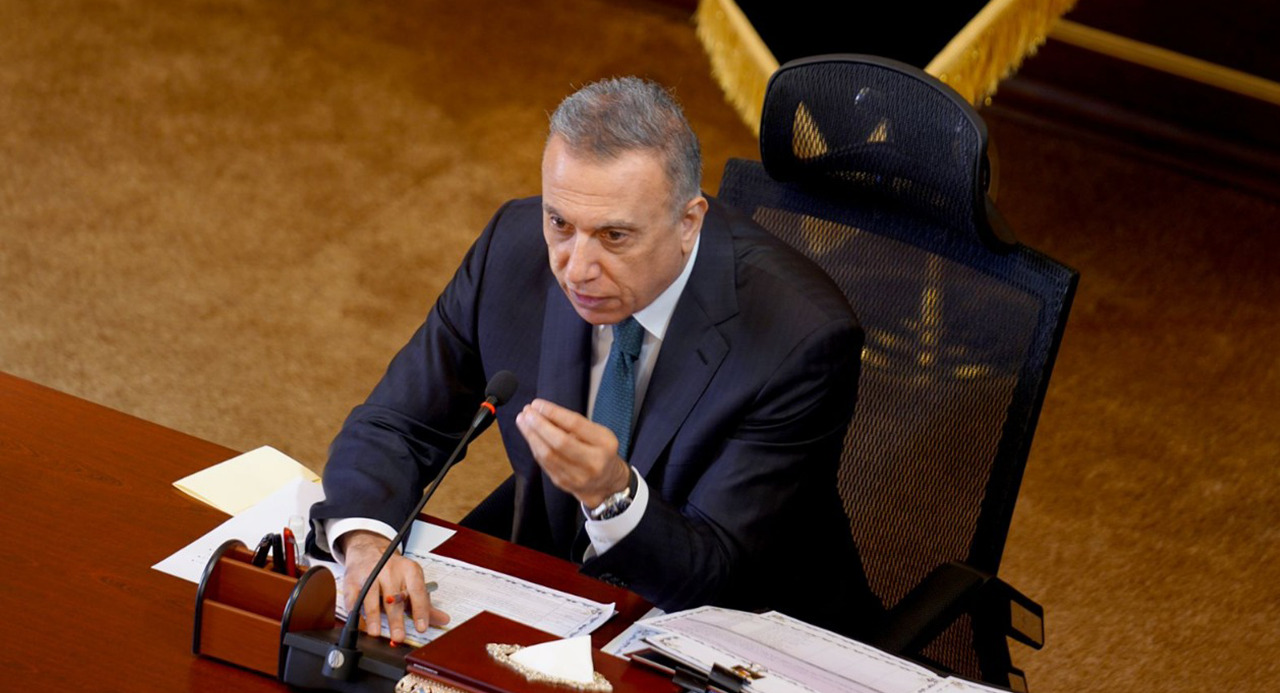 Shafaq News/ The Iraqi Prime Minister, Commander-in-Chief of the Armed Forces, Mustafa Al-Kazemi held, on Saturday, an expanded meeting with the Supreme Electoral Security Committee and the Electoral Commission, and issued several directives.

Al-Kazemi’s office said, in a statement received by Shafak News Agency, that the latter “said during his meeting with members of the Election Commission and the Supreme Security Committee: We meet with you today and a week ago on the exceptional task assigned to him, represented in the early parliamentary elections in Iraq.”

He added, “All of Iraq is counting on your assertive insistence on ensuring the integrity of the electoral process and maintaining its security,” noting that “Iraq and its people have suffered a lot because of corruption, spoilers and fraud in every electoral process, and the time has come for them to gain confidence in their state through secure ballot boxes, away from the hands of counterfeiters”.

He stressed that “your mission today is historical, and it can change the fate of a country and lift the injustice and injustice that it has experienced since the former regime, and also after 2003.”

He pointed out that “all 18 governorates will be elected in one day, and this matter requires great efforts on your part, especially with regard to the security aspect and securing the electoral process.”

Al-Kazemi urged “the Iraqi people to walk steadily towards the polls,” praising “highly Al-Sistani’s position in inviting citizens to participate in the elections.”

They said, “I say to all Iraqis: The future of your children is determined by the elections, so nothing prevents you from choosing who you think is the best.”

He also said, “We seek at the hands of the clergy and social activities to urge the elections and not to boycott, so that the results do not come back negative, and those who do not deserve and who are not the fittest are faced with responsibility.”

He pointed out that “this is the first election since 2003 to be held and the prime minister was not nominated for the elections, which means that there is no pressure on the commission,” stressing that “I began personally supervising the Supreme Security Committee for the elections.”

He stressed, “We must establish fair elections that restore confidence in the political system, the electoral process and rehabilitation.”

At the end of the meeting, Al-Kazemi issued a set of directives, which stated:

The security forces must activate the security and intelligence efforts, and prevent any party from affecting the voters.

Refusal to exploit the security forces by any political party, and any form of exploitation will be severely held accountable, and the forces must abide by complete impartiality.

It is strictly forbidden to block roads in any electoral district, with the intention of influencing voters in favor of any political party.

Cooperating with the Independent High Electoral Commission and with international supervisors, and facilitating their tasks.

– It is prohibited for officers to exercise any influence on soldiers and ranks when they cast their votes, in favor of any political party.

– All violations will be recorded, and will be submitted to the Electoral Commission to deal with them legally, whatever their source.