After colliding with the election wall, odds are that the 2022 budget will be transferred to the next parliament

After colliding with the election wall, odds are that the 2022 budget will be transferred to the next parliament 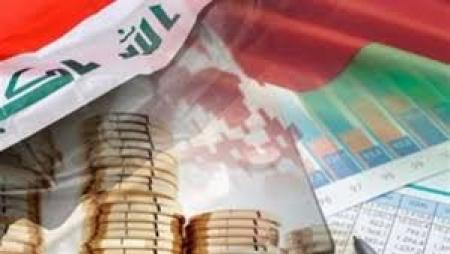 The federal budget for the next year is still talking about its legislation in the current stage and the current parliament, which is something that specialists see as impossible and difficult to achieve with the approach of early elections, while a member of the Finance Committee suggested that the budget would not see the light until after June of next year, another indicated that The budget is difficult to legislate in the current session, and if it is sent by the government, it will not differ from the current year’s budget.

Member of the Parliamentary Finance Committee, Muhammad Al-Shabki, ruled out the possibility of legislating the 2022 budget before the end of June of next year.

Al-Shabki said in an interview with Alsumaria News, “The budget includes many chapters, both in terms of the volume of actual imports and the volume of loans and the rest of the chapters related to the needs of each institution and ministry, up to the final preparation of the budget by the Ministry of Finance,” noting that “after the Ministry of Finance completes the budget, it is discussed within The Council of Ministers and then vote on it, and then it is sent to Parliament no later than the middle of next October, as specified in the Financial Management Law.

Al-Shabki added, “According to the current year’s data, the date of the elections, the challenges of the law enacting them, and the subsequent appeals and recounts, and then dialogues and negotiations to form the government and vote on it within the dome of the new parliament, which I believe may not end and we do not find a budget before June of next year.” .

Balance will not differ from the current

Al-Faili said in an interview with Alsumaria News, “The faces and personalities that prepared the 2021 budget are the same as those who started preparing next year’s budget, so we do not believe that it will include any economic reforms or differences in the vision,” noting that “if we go back to the current year’s budget, it was a budget.” Mistakes and burdens on the citizen regarding the exchange rate of the dollar against the dinar and other matters that harmed the citizen and caused high prices, economic stagnation and chaos.

Al-Faili added, “Reforms cannot be paid by the simple citizen and not be a victim of the mistakes of previous years,” pointing out that “the budget should be built with a realistic vision that touches the suffering of the citizen and not the other way around.”

He added, “The maximum limit for submitting the budget from the government to the House of Representatives is mid-October, but the House of Representatives will dissolve itself on the seventh of the same month and elections will take place on the tenth of it. It comes in the event that there is a surplus of oil export imports, which at the present time goes to fill the budget deficit, which amounts to approximately 30 trillion dinars.