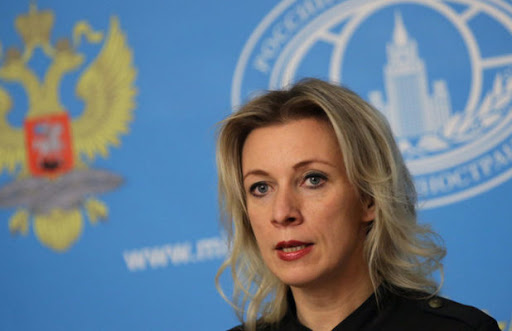 Russian Foreign Ministry spokeswoman Maria Zakharova expressed her “shock” at the statements of the US Department of Defense, which said that it “could not” confirm reports that people had fallen from its planes in Afghanistan.

Zakharova said in an interview with “Russia 24″ channel today, Monday: “I was really shocked. I saw the statement of Mr. Kirby, a spokesman for the US Department of Defense, who said in response to a question if he could confirm the information that the Afghans clinging to the planes fell from them during takeoff, The United States cannot confirm that information.”

She added: “I have a logical question: How can the United States know all the details about the alleged Russian hackers and the substance they call “novichok”, while it is unable to answer a question about what happened with the wing or wheels of their plane, which is equipped with all means of monitoring?”

It is noteworthy that the media circulated video clips showing Afghans clinging to US planes taking off from Kabul Airport in an attempt to flee their country after the Taliban took control of it.