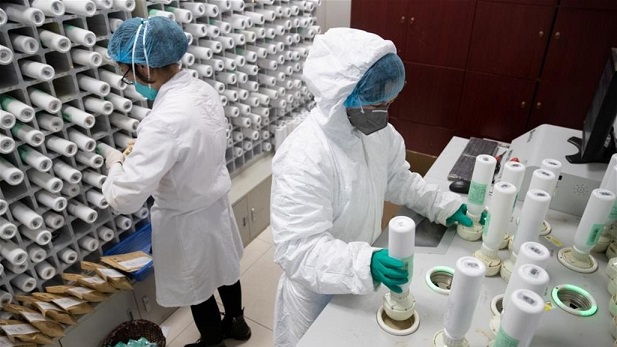 A new congressional report on the origins of the coronavirus has revealed that China’s Wuhan Laboratory of Virology requested some funds for major renovations to safety systems, air disinfection and waste treatment at research facilities that had been operating for less than a year, a few months before the outbreak was announced, fueling doubts. About the virus leakage from this Chinese laboratory.

“Demanding these renovations to the research facilities in September 2019, less than a year after they became operational, appears unusual,” said the report, prepared by Republican members of the House Foreign Affairs Committee, a copy of which was obtained by Fox News. “Air purification projects, hazardous waste, and central air conditioning systems all raise questions about how well these systems worked in the months leading up to the outbreak of Corona,” she added.

The report indicated that “researchers in Wuhan may have genetically manipulated the virus, and that it was most likely accidentally leaked from the laboratory.”

This report will be officially and finalized in September.

In May, US President Joe Biden called on the US intelligence services to “redouble their efforts” to reveal the source of Corona, denouncing the lack of cooperation and transparency on the part of Beijing.

Calls are intensifying in the scientific community for more in-depth investigations into the origin of the virus, and whether it originated naturally or leaked from a laboratory.

The first human cases of “Covid-19″ disease were recorded in Wuhan, central China, in December 2019.

China has repeatedly rejected theories that the virus may have leaked from the Wuhan Virology Laboratory. And the World Health Organization proposed last month to follow up on previous investigations in China to find out the origin of the “Corona” virus, but Cheng Yixin, deputy head of the National Health Committee, said that Beijing would not accept the proposal in its current form.

A team led by the WHO spent four weeks in and around Wuhan with Chinese scientists, and said in a joint report in March, that the virus was likely transmitted from bats to humans by another animal, but that further research is needed.