Question and answer.. What are the pros and cons of deleting zeros from the Iraqi currency? And what are the conditions for that?

Question and answer.. What are the pros and cons of deleting zeros from the Iraqi currency? And what are the conditions for that? 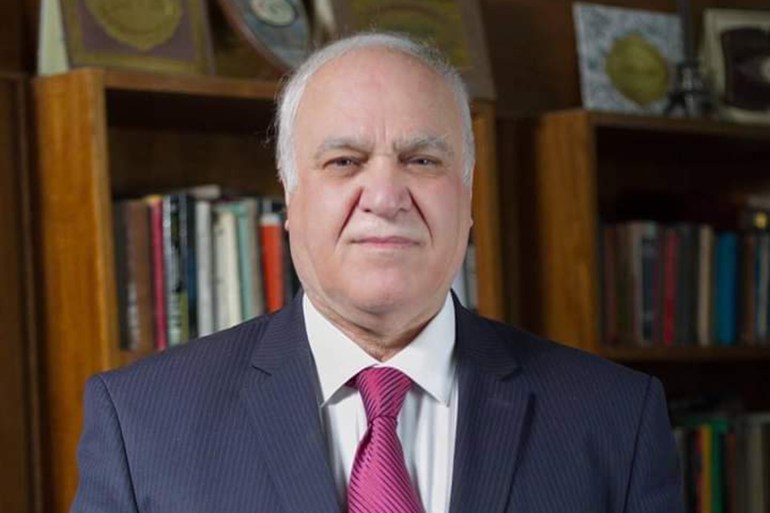 Experts have warned that deleting 3 zeros from the Iraqi currency may cause psychological disturbances in the Iraqi market.

Mosul – Iraq is witnessing a severe financial crisis that began with the outbreak of the Corona virus last year and the decline in global demand for oil, which represents nearly 91% of Iraq’s financial imports.

Deleting zeros or printing a new category?.. Iraqi government options to save the dinar from collapse من
Iraq .. Why did the Central Bank reduce the value of the dinar?
The devaluation of the dinar shocks the Iraqi street..and these are its repercussions
With the rise in oil prices globally, the Iraqi government has been thinking about long-term financial strategies that may protect the country from the risks of falling into a financial crisis that may be more influential. , without specifying a date for the implementation of this step.

Saleh believes that deleting zeros from the currency is a necessary condition to reduce accounting numbers and facilitate arithmetic (Al-Jazeera)
What are the conditions for deleting zeros?
Deleting zeros from the Iraqi currency requires the fulfillment of two conditions, according to Saleh. The first is price stability within the country, which means the stability of the dollar exchange rate against the Iraqi dinar, which is still witnessing relative volatility after the Iraqi government decided to raise the value of the dollar at the beginning of this year.

As for the second condition, Salj adds in his speech to Al Jazeera Net that it is represented by stability in political life inside Iraq, which is what is required to change the exchange rate from laws and political consensus and so on.

why deleting?
In his interpretation of the reasons for deleting 3 zeros from the Iraqi currency (a dollar is equivalent to 1450 Iraqi dinars), Saleh comments, “The importance of deleting zeros from the currency and slimming its units as a necessary condition to reduce accounting numbers and facilitate arithmetic and the cost of managing new large numbers and the absence of small numbers and fractions.”

He continues that the slimming of coins comes because of their role in sustaining the calculation of huge numbers of financial values ​​that are not absorbed by ordinary computers due to the large number of decimal places and the emergence of many accounting errors, especially when dealing with trillions, which means that one number in front of it has 12 decimal places.

Regarding the importance of the deletion process and the extent of its realism, Saleh indicated that the Central Bank of Iraq put a project to delete 3 zeros from the Iraqi currency the subject of research and study a long time ago, after reviewing 54 international experiences since the end of World War II until now, the last of which was in Iran and before it. Turkey.

Hama Rashid continued in his speech to Al Jazeera Net that this process means withdrawing the current currency denominations and printing new ones, which requires huge funds to print them with technical specifications necessary to protect the currency from counterfeiting, in addition to the fact that replacing the currency will destabilize the monetary system, which may cause successive collapses, enslaving that The Central Bank of Iraq takes such a step.

A member of the Finance Committee, Jamal Cougar, agrees with this proposition by confirming that this step is excluded in the next two years at the very least for several considerations, as he believes that deleting zeros is an unworkable step, especially that changing the currency exchange rate led to a shock to the Iraqi street, and therefore Iraqis are not Prepare for another shock.

In an exclusive interview with Al-Jazeera Net, Cougar points out that the Iraqi economy does not have its own decision, and that many countries benefit from the current Iraqi currency in buying and selling transactions and others.

And about the extent of the benefit deriving from this change in restoring the Iraqi cash block hoarded by the Iraqis or smuggled abroad, he explained that the international deal in the Iraqi currency is not related to the number of zeros as much as it relates to the strength of investments inside the country and the size of the Iraqi product exported abroad.

Cougar gives an example of this, that Turkey, which deleted zeros from its currency years ago, has embarked on building a diverse and large economy and investments, and this is different from the Iraqi situation, whose currency is not found on the global currency exchanges so far.

On the other hand, Abdul Rahman al-Mashhadani, a professor of economics at the Iraqi University, believes that deleting zeros will save the state the costs of transferring the Iraqi currency between the central bank and government and private banks.

Al-Mashhadani continues in his speech to Al-Jazeera Net that deleting zeros may lead to a decline in Iraqis’ demand for the dollar for the sake of hoarding, as the Iraqis currently keep the dollar for ease of preservation, while preserving the same value in the Iraqi currency requires greater storage capacity, pointing out that this is conditional on printing cash denominations. A new denomination with a value higher than what is currently in existence, such as printing a denomination of 200 dinars (equivalent to 200 thousand dinars in the current currency), which requires 4 banknotes of a denomination of 50 thousand.

Al-Shamaa believes that deleting zeros from the currency will not do anything for the Iraqi economy (Al-Jazeera)
Who is the loser?
In every economic equation, the ratio of profit and loss is calculated, which is what the economist Hammam Al-Shamma points out that this ratio will not be equally present in the equation, warning of psychological disturbances in the Iraqi market if zeros are deleted.

Al-Shamma comments to Al-Jazeera Net, “Deleting zeros from the currency will not provide anything for the Iraqi economy, but rather it will cost the Iraqi state huge sums of money to print a new currency without this having a clear impact on the local economy.”

Al-Shammaa points out that the competitiveness of Iraqi goods against the imported ones will not witness a positive change inside the country, especially since international transactions are mostly made in US dollars.

This is confirmed by Abdul Rahman Al-Mashhadani, professor of economics at the Iraqi University, and adds that competition with imported goods depends on the local product and its strength, pointing out that Iraq does not have industries that can compete with imported goods and overcome them in terms of quality, price, and state protection for them, according to him.

Returning to Ahmed Hama Rashid, where he believes that deleting zeros from the currency will not be in the interest of the government currently, inferring that Iraq has 80 trillion Iraqi dinars from multiple monetary categories, and that printing 5 trillion dinars from the category (50 thousand) cost the Iraqi government 60 million dollars At that time, the cost of the rest of the denominations will be much greater, given that printing each denomination costs approximately (6 US cents) on average, according to him.

The last proposition is consistent with what was revealed by the economic advisor to the Prime Minister that the hyperinflation that hit the Iraqi economy in the nineties of the last century added 3 numbers to the Iraqi monetary unit, while the small categories disappeared from circulation completely, as the category (250 dinars) became smaller. A monetary unit in daily circulation inside the country, which raised the cost of micro-transactions, as well as the inflation caused by the appearance of the huge numbers circulating in the accounting system inside the country.