A large political bloc is behind the complete shutdown of energy “due to a deal” .. and these are its details

A large political bloc is behind the complete shutdown of energy “due to a deal” .. and these are its details 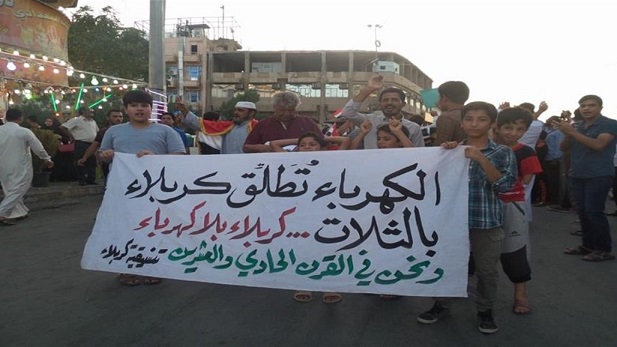 An official in the Iraqi Ministry of Electricity revealed the details of the resignation of Electricity Minister Majid Hantoush from his position, and what he described as the repeated “war of fires” during the past days for the country’s energy system.

Most Iraqi cities are witnessing programmed interruptions of electrical power, which reached its peak at dawn on Friday, when the national electricity network was disconnected from service in most regions and cities of the country, including the capital, Baghdad, without knowing the reasons.

The official source, who asked not to be named due to the sensitivity of the information, stated that “the reason for the Minister of Electricity to resign is his failure to secure a large political bloc’s share of a contract (deal) between an Emirati company and his ministry under the auspices of government and political parties.”

And the source indicated that “this coalition started using its own arms inside the Ministry of Electricity and launched a war of frequent outages,” noting that “the power outage is an artificial reason in order to pressure the coalition’s share of the Emirati deal.”

He predicted that “the situation will worsen in the coming period, and the electricity may be subject to a power outage for several days.”

On Tuesday, Hantoush submitted his resignation to Prime Minister Mustafa Al-Kazemi, who has not yet decided on it officially.

Iraq has been suffering from the electricity shortage crisis for decades as a result of successive wars and the instability of the security situation in the country, as well as the spread of corruption