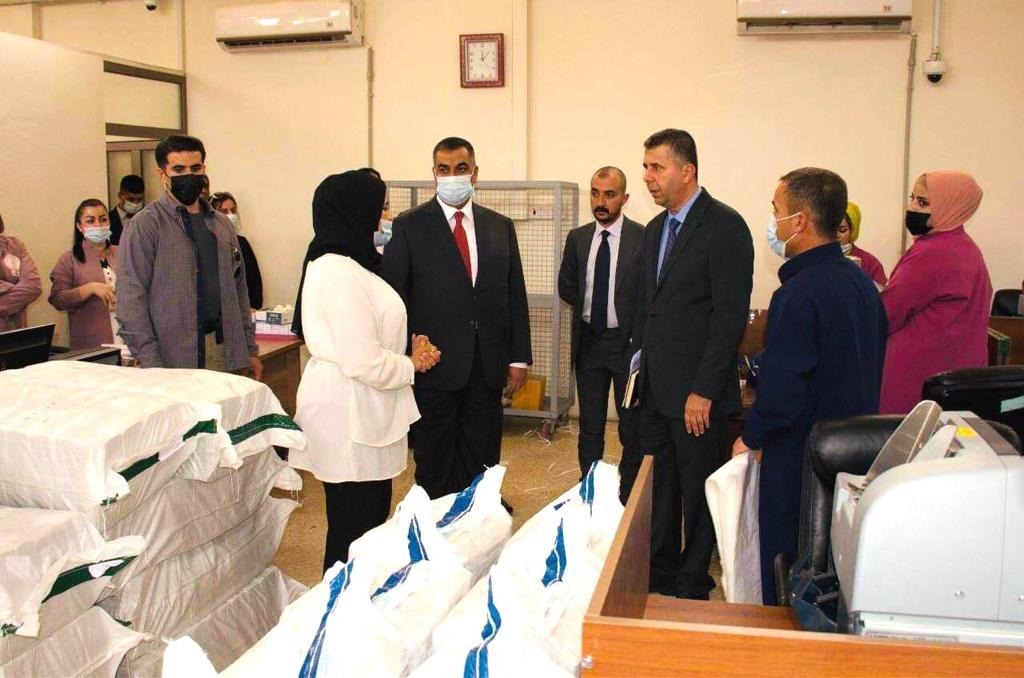 Shafaq News/ The Governor of the Central Bank of Iraq, Mustafa Ghaleb Mokhief, stressed on Sunday, to redouble efforts in its branches to contribute to the development of the work of banks and financial institutions.

In a statement received by Shafaq News Agency, the bank’s media office stated that the governor of the bank conducted an inspection tour of the two branches of the Central Bank of Iraq in Mosul and Erbil, and was briefed on the progress of work in them and the level of services provided to the banking sector.

Makheif stressed the redoubling of efforts in the two branches, which reflects the role of the Central Bank and its branches in promoting the banking sector and overcoming any difficulties that may hinder the contribution of banks and non-bank financial institutions to the desired development process.

And the Governor of the Central Bank, Mustafa Ghaleb Makheef, had arrived yesterday, Saturday, to the Kurdistan Region and met the Prime Minister of the Regional Government, Masrour Barzani.

A statement issued by the Kurdistan Regional Government, received by Shafaq News Agency, said that during the meeting, they discussed ways to enhance coordination and cooperation between the Kurdistan Region and the Federal Government in the field of reorganizing the banking sector and combating the financing of terrorism and money laundering.

The Governor of the Central Bank stressed that the Central Bank deals with its branch in the Kurdistan Region, which is located in Erbil, as the official concerned authority in supervising banking affairs in the region.

The Prime Minister reiterated his readiness to cooperate and coordinate with the Central Bank of Iraq, and stressed that reorganizing the banking system would constitute a strong and important pillar for developing the economic infrastructure, consolidating the investment process, and gaining the confidence of international banks and financial institutions.