After exceeding 150 thousand dinars, the shock of the dollar paralyzes the Iraqi markets

After exceeding 150 thousand dinars, the shock of the dollar paralyzes the Iraqi markets 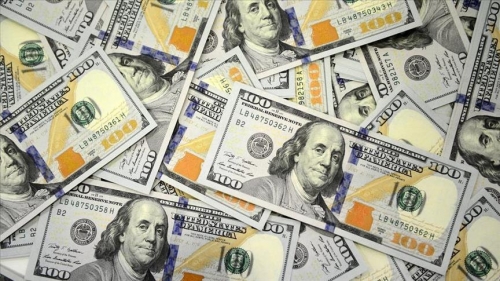 The rise in the exchange rates of the dollar against the dinar, very significantly, until the exchange rate of the paper reached from 100 dollars to 150 thousand dinars, directly affected the local market and the prices of food and construction commodities and the rest of the goods, causing a state of resentment and anger among citizens and political elites. In which a parliamentarian indicated that the government and the political forces that supported its decision to raise the price of the dollar are standing by and watching and unable to stop this collapse. A parliamentarian stressed that the market situation today confirms the government’s inability to address and instead of progress and economic prosperity, we live today in stagnation in the markets.

Member of the Parliamentary Committee on Economy and Investment, Nada Shaker Jawdat, indicated that the government and the political forces that supported its decision to raise the price of the dollar are standing by and unable to stop the collapse of the local currency and the suffering that is paid for by the simple citizen from the middle and poor classes as a result of these ill-considered policies.

Jawdat said in an interview with Alsumaria News, “The abnormally high exchange rate of the dollar, and the price of 150 thousand dinars for the 100-dollar bill, has become more than the necessary for the poor and middle classes,” noting that “the prices of goods and goods rose to 30% of the Its natural price, at a time when there is no increase in salaries or the living situation of citizens, on the contrary, things are getting worse at the standard of living and the government is watching without any measures to limit this deterioration.

Jawdat added, “In the House of Representatives, we repeatedly demanded that the Minister of Finance and the Governor of the Central Bank be held accountable, but we did not find deaf ears, and there were hidden agreements to obstruct these interrogations,” noting that “the political forces that agreed to the proposal to raise the price of the dollar against the dinar, Today I became responsible to the public for justifying the reasons for its acceptance at the time of the government’s proposal, which today itself stands today as an obstacle to questioning the Minister of Finance and the rest of those responsible for this file.”

She pointed out that “when the government made its decision to raise the price of the dollar with the blessing and encouragement of some political forces, it was better for it to conduct a study after a month or two to find out the pros and cons of the decision, in order to continue with it or undo it, but unfortunately, the government and the blocs that supported its decision look at the matter from One aspect is maximizing what it has of money away from the interest of the simple citizen,” noting that “the government, in case it was unable to open large corruption files or control the border crossings, or the tax, it must not throw its mistakes on the simple citizen to be the victim of any failures that occur.” .

And she added, “The government does not want it to build new industrial projects or introduce advanced innovations, but all we wanted from it was to revive the factories that actually exist in the country and which have disappeared, by making allocations to buy new machines in them and sending training teams to workers in order to train them and work to move the wheel.” The local industry instead of leaving Iraq mired in imports from Turkey, Iran and others, and the continuation of unemployment and waste of hard currency.

Member of the Parliamentary Committee on Economy and Investment, Mazen Al-Faili, confirmed that all the justifications set by the government in order to raise the exchange rate have disappeared and no longer exist.

Al-Faili said in an interview with Alsumaria News, “The government had previously set reasons to raise the exchange rate and proceeded with its decision in the light of those justifications,” noting that “the first reason is the lack of financial liquidity to pay salaries as a result of the drop in the price of a barrel of oil, as this excuse ended with a rise in prices.” Globally, oil exceeds what is in the budget, which currently stands at $71 per barrel.

Al-Faili added that “the third justification was the attempt to prevent the smuggling of currency and forged invoices, but sales amounted to more than 200 million dollars per day, which means that the government has no third justification for raising the exchange rate,” noting that “if we wanted to compare the benefit achieved, we would support it.” Very few, they did not exceed eight trillion dinars, at a time when oil prices today globally have jumped to very good levels that cover normal expenses comfortably.”

He stressed, “The repercussions of raising the exchange rate today are paid by the simple citizen, but we find the government’s insistence on its position, without a real treatment, with insistence on not admitting the mistake and insisting on continuing with that policy that the citizen paid for, given that prices in the markets have doubled.” With the sharp rise in the price of the dollar,” he said, noting that “the market situation today confirms the government’s inability to address, and instead of progress and economic prosperity, we live today in stagnation in the markets without finding any results from the white paper that the government talked about nearly a year ago.”