They replied, if you could. The justifications for raising the dollar’s ​​price are invalid, and this is our response

They replied, if you could. The justifications for raising the dollar’s ​​price are invalid, and this is our response 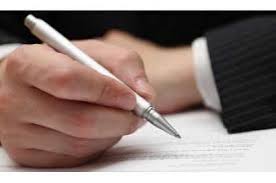 In the market system there are two pillars: the producer and the consumer, and any decision or law must take into account these two pillars, but rather that the consumer is the subject of service in the first place, and it is the one whose decisions and laws come to serve him.

And the increase in the price of the dollar is very clear that it has caused great harm to the consumer.

Oil decreased for less than 60 days and returned to increase three times its price when it declined, and the sixty days were replaced by a surplus that forces a decline of more than 200 days with the continued rise in its prices to exceed or exceed in April the price of $ 70 per barrel of oil.

I do not know how they allowed themselves the proponents of raising the price of the dollar this justified, since everyone knows that the dollar is one of the assets of the owners of large funds and that the citizen has his financial assets are the Iraqi dinar (contiguous to the conversation, I say balances where the reality is that the simple citizen does not have a balance, but he has daily expenses that come from the incoming Daily or monthly)

With the rise in the price of the dollar, the service will be clear and free of charge for the owners of big money before severe harm to the citizen who owns the dinar, and with a simple calculation, the owner of one million dollars has gained 250 million dinars from the high price of the dollar.

And a citizen who owns 10 million dinars, for example, loses 2.5 million and a half million because of the increase in the price of the dollar

This is with a decrease in the purchasing value of the citizen by 25%, which may be negatively increased in the future.

Yes, the balance of the central bank will increase, but this increase will be in the local monetary mass, meaning the balance in the Iraqi dinar will rise. As for the hard or foreign currency, it will not increase

A healthy and beneficial rise is made by increasing the balance of hard currency, such as dollars or gold, and others

And if the central bank wanted to raise its dinar balance, it could print an Iraqi monetary block according to ratios that balance its dollar imports, thus achieving the purpose of raising the dollar’s ​​price without going to raise its price.

Amazing and strange this justification, which if his claim is true, the ignorance of his claimants is true.

In fact, the rise in the price of the dollar has destroyed the Iraqi dinar and weakened it by more than 25%.

But the strange and strange thing is that the pride by mistake prompted them to justify keeping the high price of the dollar because of their fear of a delay in the budget, and this is an explicit fallacy for several reasons that deny this claim, including that we are today in front of eight months of the fiscal year where four of them have passed

In fact, with one formula, the budget can be deducted in one day, whereby expenditures are reduced equally by the value of what will decrease in the dollar.

Yes, we will be facing necessary adjustments here and there, so we said that ten days could be sufficient for these treatments.

If there are other justifications, we are ready to discuss them scientifically and impartially.

And the God of the intent behind