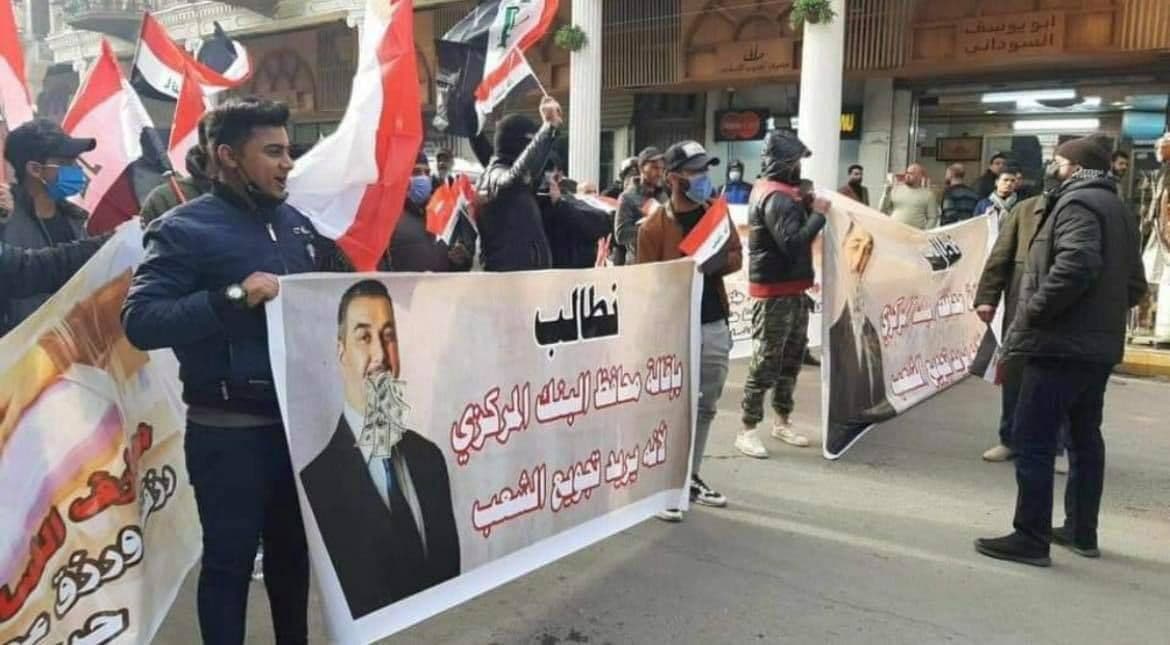 Shafaq News / Dozens of people demonstrated on Wednesday in front of the Central Bank of Iraq building in Al-Rasheed Street in the center of the capital, Baghdad, demanding that the exchange rate be returned to 120 thousand Iraqi dinars for every hundred US dollars.
The reduction in the value of the local currency against the hard currency was reflected in the prices of goods and goods, especially imported ones in Iraq, as they witnessed a remarkable rise, which burdened the shoulders of low-income and poor people.

The protesters held banners calling for the dismissal of Central Bank Governor Mustafa Ghaleb Mekhaif, accusing him of “wanting to starve the people.”

Shafaq News correspondent quoted some of the protesters as saying that “the primary beneficiaries of the exchange rate increase are the banks of the political forces.”

Another sign carried the phrase that “these corrupt banks steal their livelihood and that of their families to feed the whales behind them.”

The Iraqi Central Bank decided at the end of last year to raise the selling price of the dollar to banks and exchange companies to 1460 dinars, from 1182 dinars to the dollar, with the aim of compensating for the decline in oil revenues caused by the deterioration of oil prices.

Iraq relies 90% of its income on oil revenues, and the last time it depreciated the dinar was in December 2015 when it raised the selling price of the dollar to 1182 dinars, compared to 1166 dinars in the past.

The Central Bank launched its decision regarding the new pricing for the sale of the dollar in the auction for the currency on the 20th of last December.